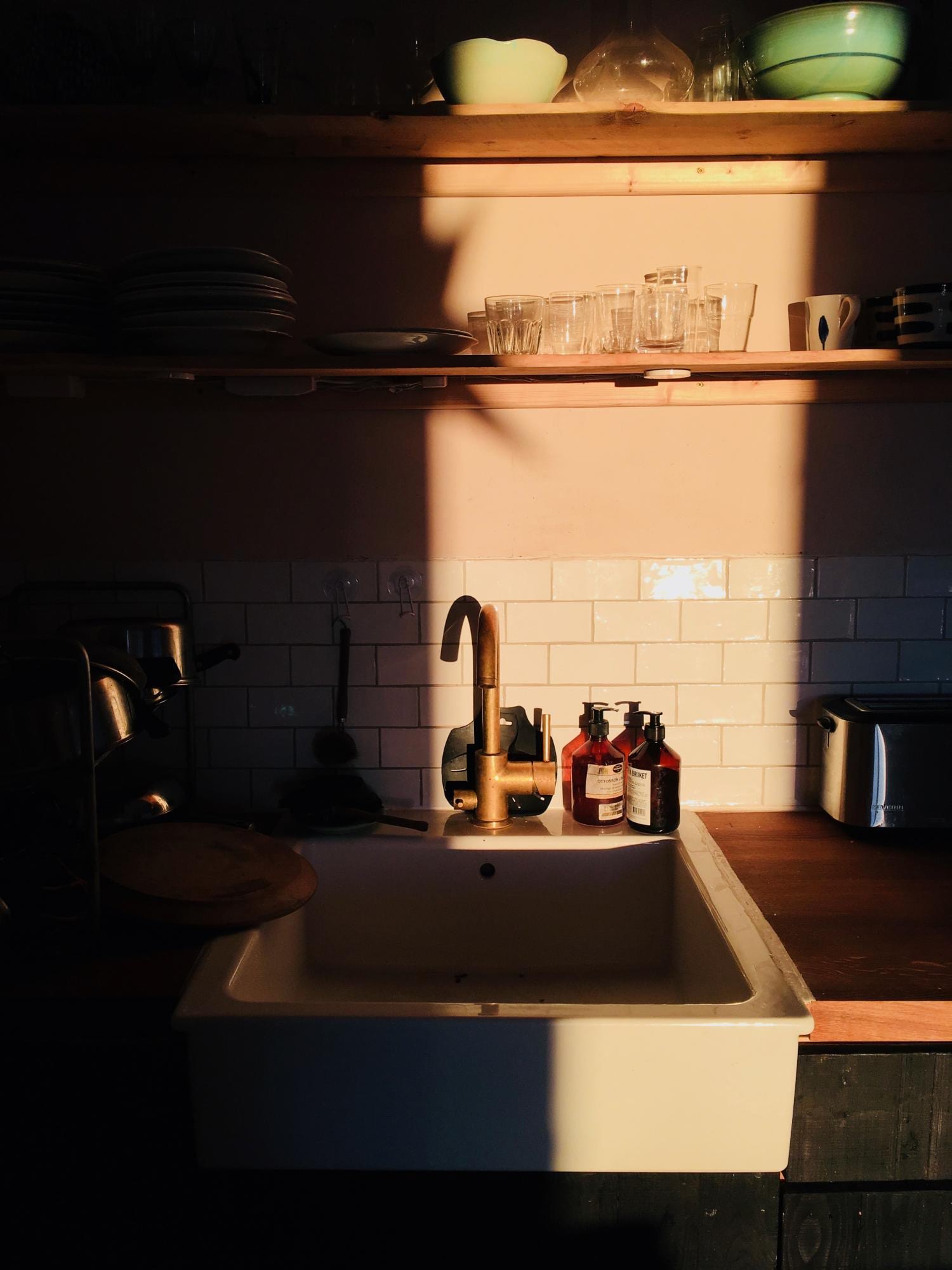 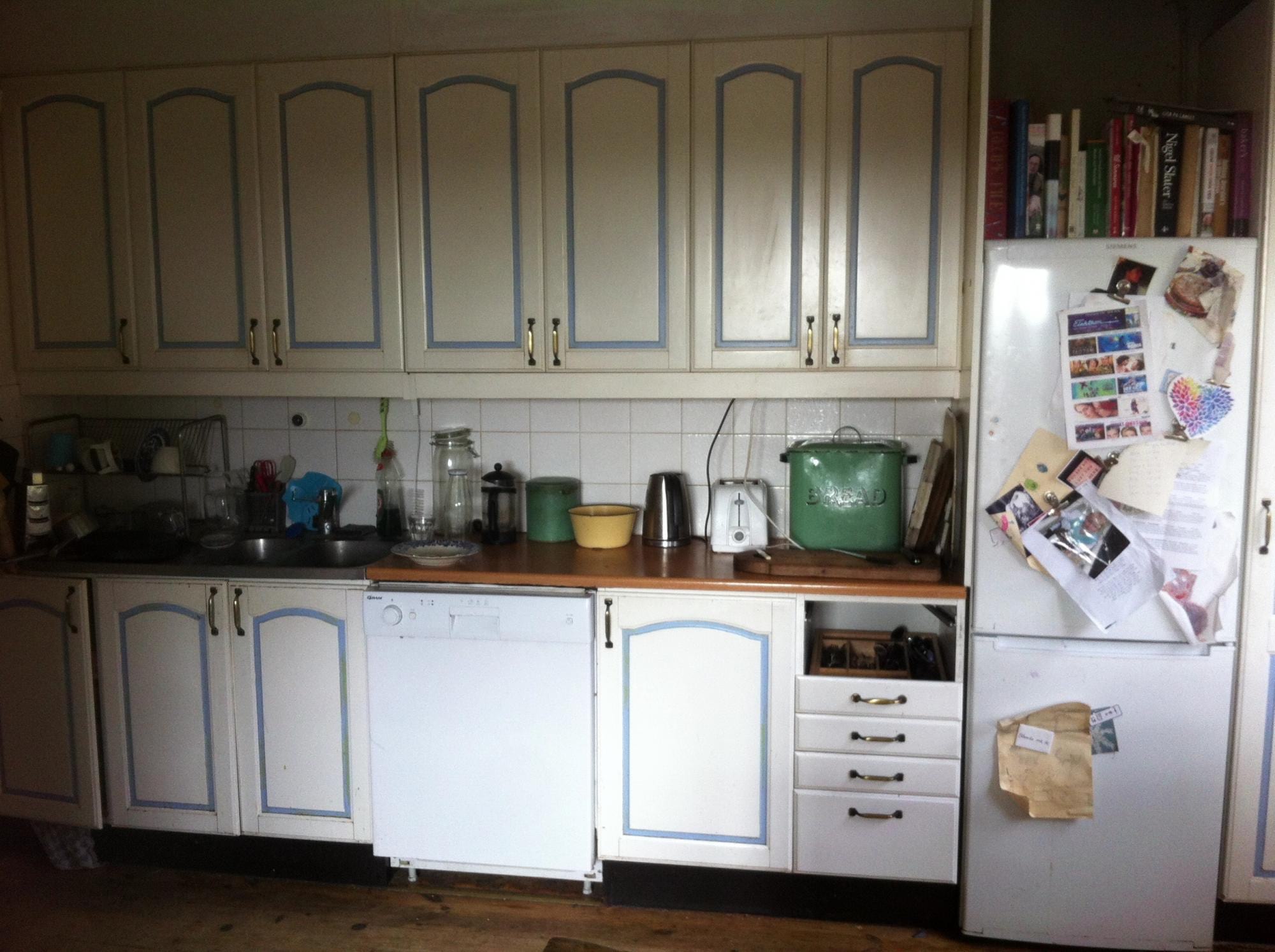 Before: the kitchen as we found it when we moved in. Not totally hideous, but bits were starting to fall off and come apart and it all felt most un-fräsch..

We stripped out pretty much everything, apart from the wooden floors and original cast iron stove

The walls of a hundred year old house are layered in history. Stripping off the layers of wallpaper revealed this tragic newspaper snippet about a fatal car crash.

Once the walls were stripped of wallpaper, we put up reed matting for the clay to have something to hold onto. The first layer of rough clay mixture includes horse manure and bits of hay and at this point, as the distinctive fragrance of manure filled the kitchen, I was slightly wondering what we'd got ourselves into.

The stove and counter with the second layer of fine clay (left) and with final layer of clay paint, cement countertop and wooden cupboard doors.

The clay paint was sourced from a German company called Conluto and I mixed the colour myself. Slightly nervous we had created an uber-pink Barbie kitchen when it first went on but against the wood and black details it's much gentler (Did you know pink is known for its calming effect? A similar shade known as "drunk-tank pink" is sometimes used in prisons to calm inmates. Time will tell if it works on my crew).

Clay paint comes in powder form, and it's wonderful to work with as it's completely natural, non-toxic and breathable and, best of all, you can just wash paintbrushes off with water. 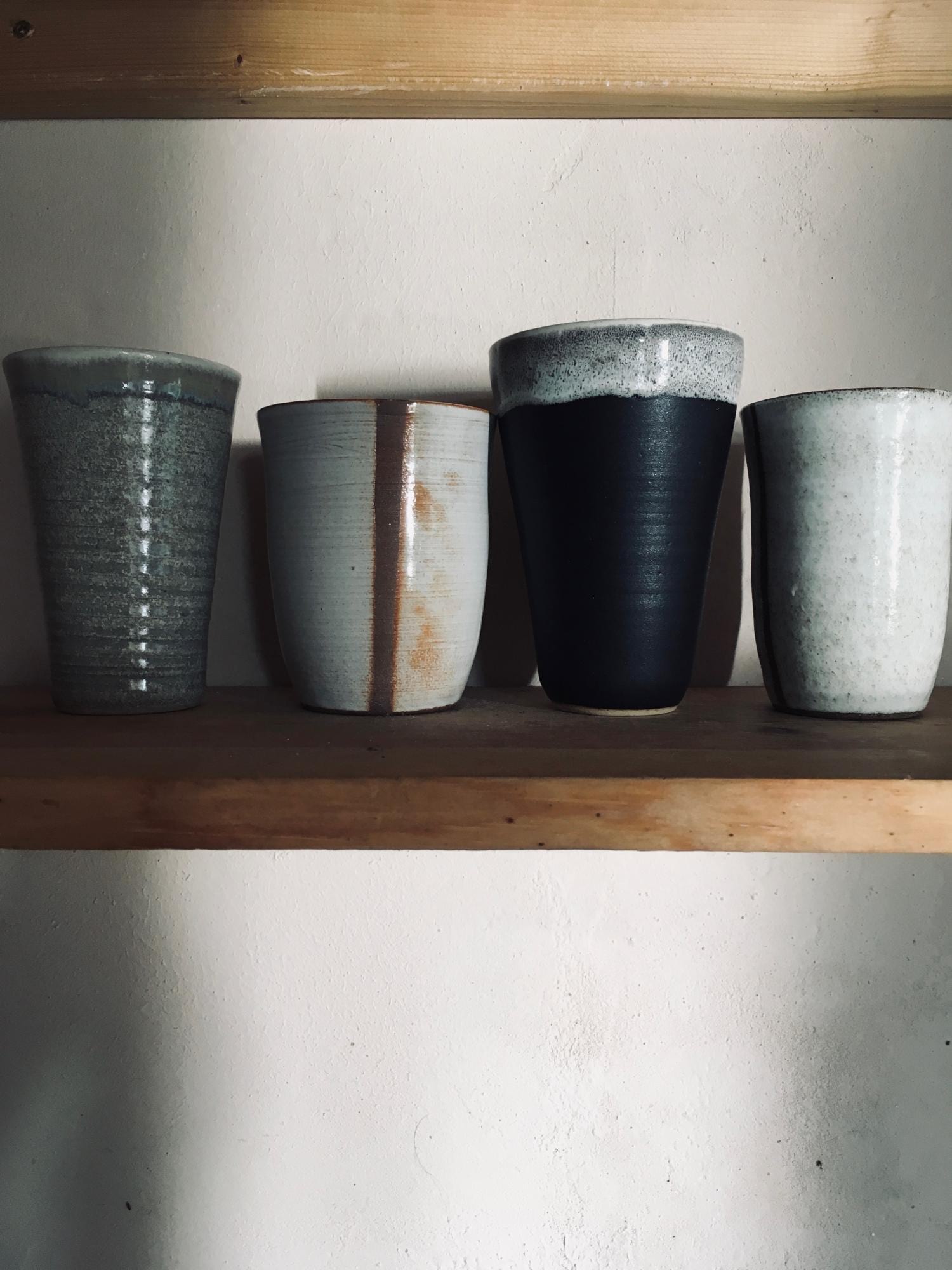 Clay every which way: hand-thrown ceramics by Sonja Kedem

All appliances and fixtures were second-hand apart from the tap. I found the totally impractically shaped but gorgeous French Godin gas/electric cooker on Blocket and, together with an antique butcher's block my late sister found at an antiques market, it forms a free-standing central island. 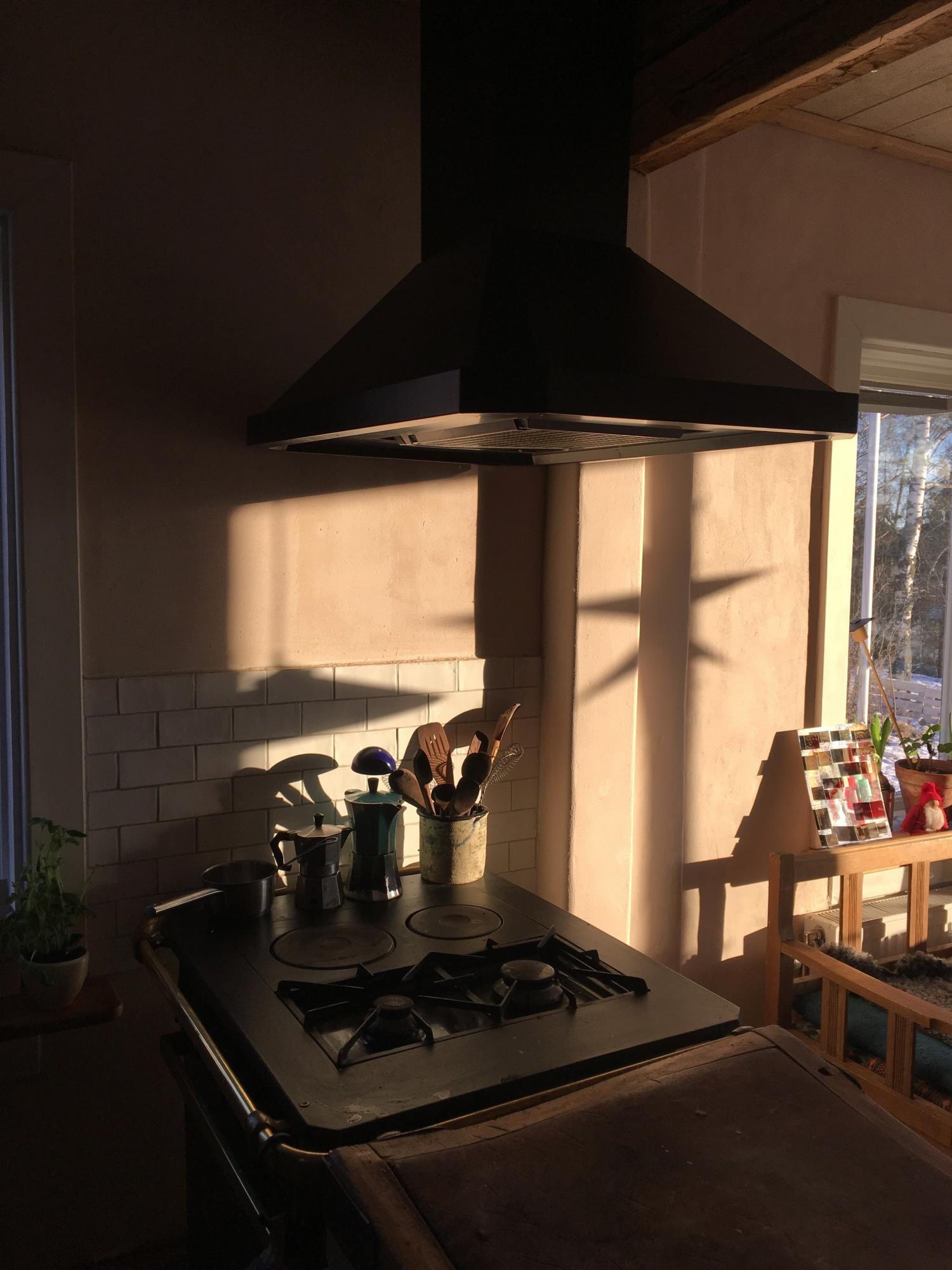 Yes, it would have been a whole lot quicker and easier to go to IKEA but, as I may have mentioned before, doing things the easy way is not really our style and I adore our wabi-sabi homemade kitchen.

* If you haven't already discovered the genius concept of wabi-sabi, it's a world view in traditional Japanese aesthetics centered on the acceptance of transience and imperfection. Sometimes described as beauty that is "imperfect, impermanent, and incomplete." Love that. So now if you do anything wrong or wonky you can just say it's intentionally wabi-sabi.

And if you like the idea of wabi-sabi, you might also enjoy Kintsugi (or kintsukuroi) -the Japanese method of repairing broken ceramics with a special lacquer mixed with gold.

Celebrating imperfection rather than trying to disguise it (or, worse, chucking the broken object or person away) seems to me a pretty fine philosophy to live by.