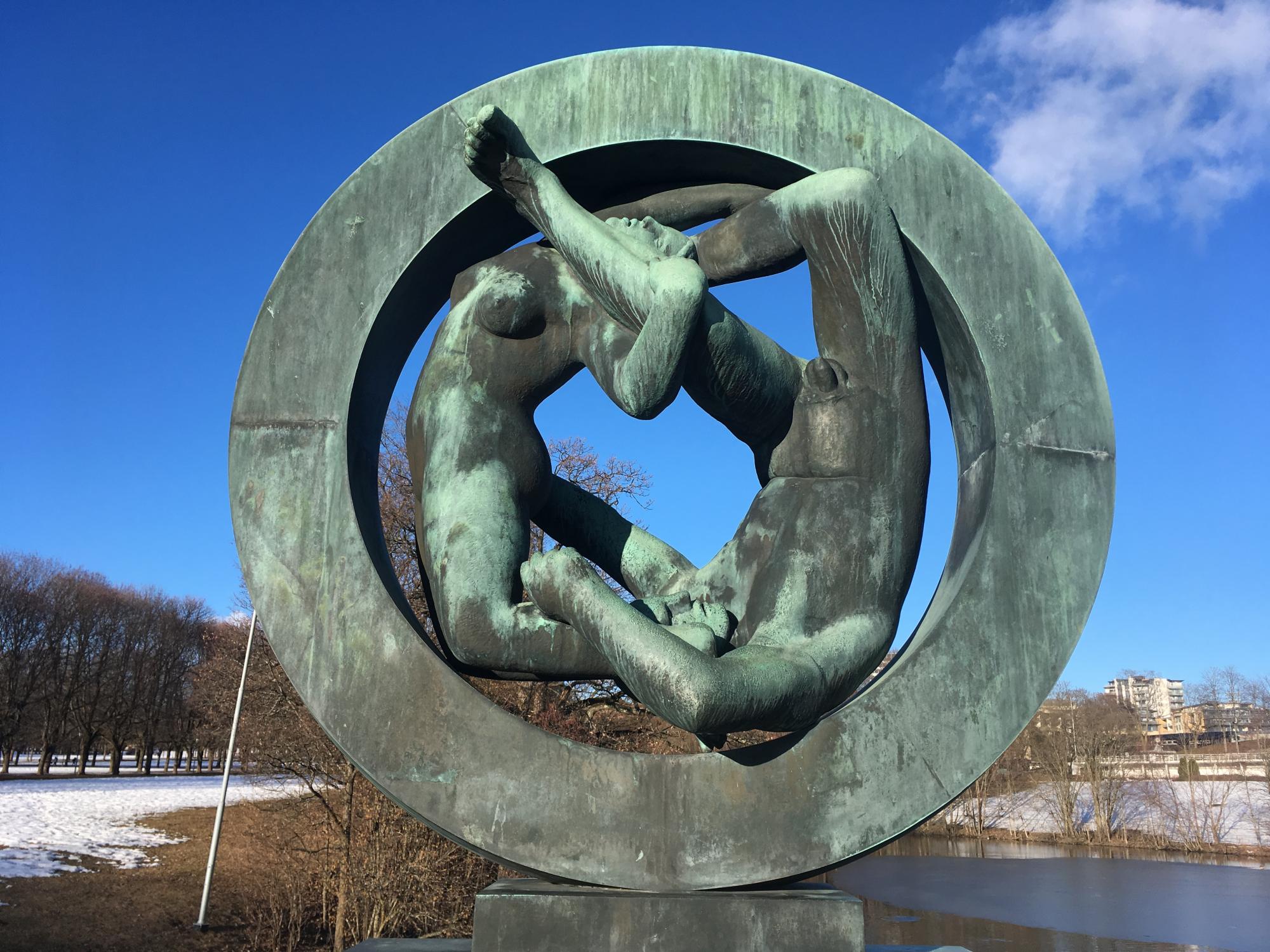 As anyone who has ever been married or in a long-term relationship will probably agree, marriage is hard. Shit hard, you might even say in Swenglish, especially if you have children. So hard in fact that around 1 in 2 marriages in Sweden end in divorce. (I recently read somewhere that Gnesta, my home town, has the second highest divorce rate - 3.6 per 1,000 residents - in Sweden after Ockelbo, so we're battling some pretty unfavourable odds here.*)

While most children in the UK with separated parents seem to stick with the same "lives with the mother, weekends and holidays with the father" routine that I grew up with, in Sweden it's much more common to divide children's time equally between parents, with an alternating "mammavecka" and "pappavecka". Which is fantastic for equality, but possibly not always so great for the children.

When Joe and I had a trial separation a couple of years back (which I could blame on living in Gnesta, but actually there were a few other factors involved), we found we loved the freedom of having every second week to ourselves but hated being away from the children (and each other) so much.

So we came up with the genius solution of staying together but doing every-other-week parenting. I realise this won't work for everyone - Sweden's subsidised childcare and family-friendly labour laws definitely make it more doable - but I reckon it could be a relationship and sanity-saver for some families.

This is how it works for us:

* If you want better odds, best move to Nordmaling in Västerbotten with only 0.8 divorces per 1,000 residents.

Can we talk about mental health for a moment? Two of the people closest to me have a diagnosis - one of bipolar and one of ADHD and autism - and over the years it's made me question my preconceived ideas about, well, pretty much everything.

I've spent countless hours in meetings and counselling sessions discussing how to make these beloved people "better" or to "fit in". So much time and money spent diagnosing, labelling and attempting to medicate (not on my watch). So much energy spent trying to bash a square peg into a round hole. A child who can't sit still in the classroom, a partner who can't handle too much routine or domesticity... "They" must be wrong, because "we" are right.

In his book Attention Deficit Disorder: a Different Perception, Thom Hartmann suggests the hunter vs. farmer hypothesis that makes a lot of sense to me. Most or all humans were nomadic hunter-gatherers for hundreds of thousands of years, but this gradually changed as agriculture developed in most societies and more people worldwide became farmers.

Most humans adapted to farming cultures, but Hartmann speculates that people with ADHD retained some of the older hunter characteristics - apathy towards social norms, hyperfocus, poor planning and organizing ability, impatience, attraction to variety, novelty and excitement, and impulsiveness. These days "hunters" are seen as reckless and irresponsible and we try to force or medicate them into behaving like farmers.

If you're an organised, routine-loving farmer like me, living with a hunter isn't always easy. A hunter won't compare car insurance policies to find the best deal, they won't always say or wear the "right" thing at a family gathering, they could never hold down a "normal" office job and nine times out of ten they'll turn up at least half an hour late for any appointment.

They will, however, definitely be up for a skate in the moonlight, skiving off work or school to go cliff jumping on a perfect autumn day, building an epic den in the woods, telling you the painful truth and really all the things that make life actually worth living.

Whether or not the hunter/farmer theory is true, I think it's a helpful way of understanding that we can be different without being seen as wrong, lesser or abnormal. Imagine your child's teacher saying: "Well, of course your child finds it difficult to sit still all day at school, he/she is a hunter", rather than "your child has ADHD and needs to be medicated."

I also believe it's important to talk about mental health and different ways of being in a neutral, accepting way. I went to a fantastic talk about addiction and co-dependency by Swedish journalist Sanna Lundell last year and she mentioned something that really stuck with me.

No one ever asks children who have parents with mental health or addiction issues how they are or discusses the issue with them in a concerned but neutral way, as they would if they had a parent with cancer or heart disease. And it's exactly the same thing. But there's still an underlying, sub-conscious belief among many people that mental health or addiction is the person's own fault, unlike physical illness.

Let's try to get past our very British/Swedish embarassment and and talk about how we are, how we really are, and how we really want to live. No shame, no judgement, no labels and a willingness to embrace all kinds of normal - hunter, farmer and a million things in between.