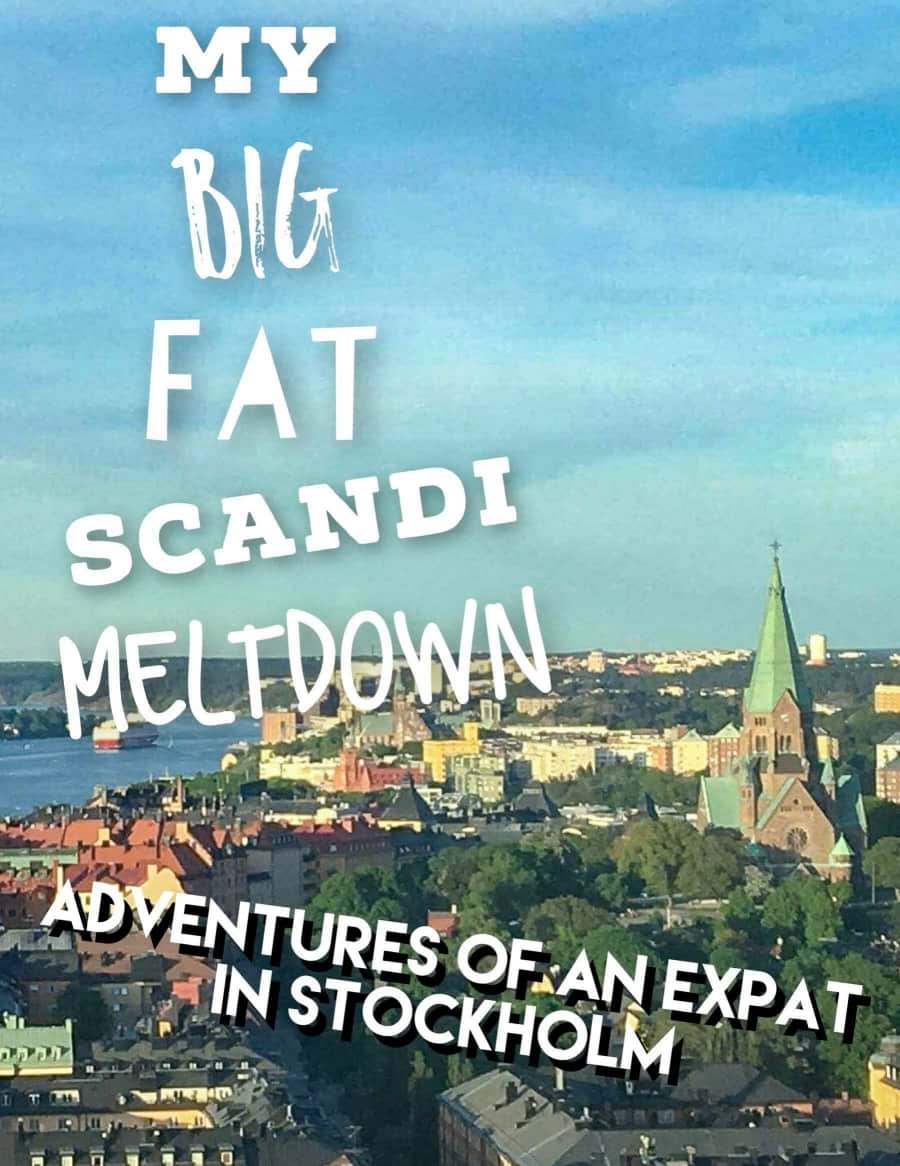 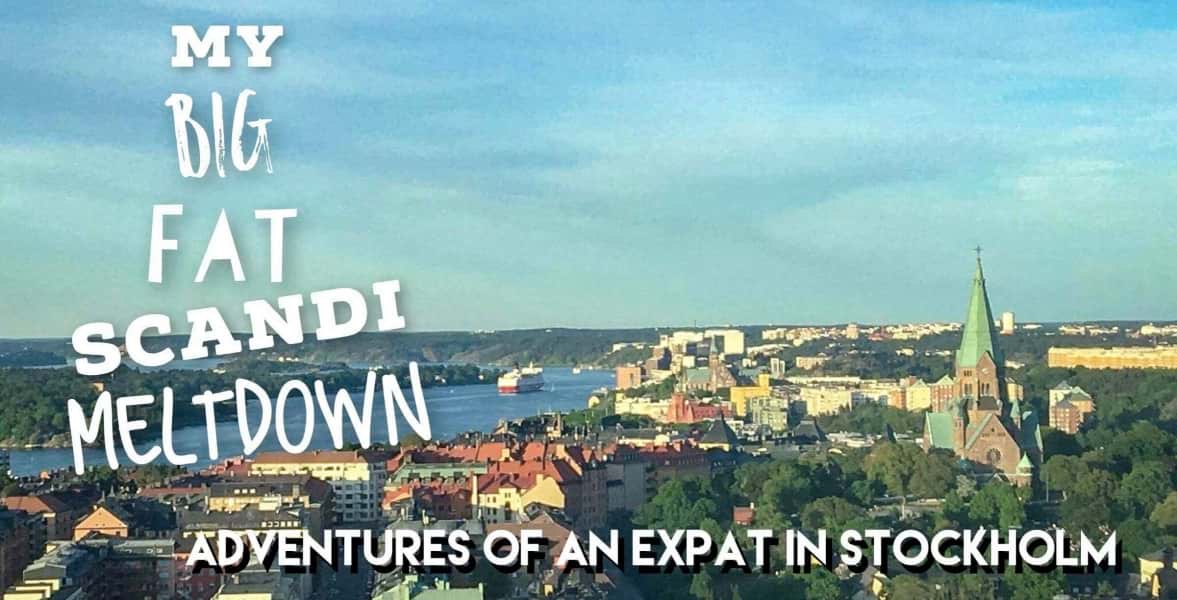 As a single 30-something in Sweden, I can tell you two things. 1) Finding someone to flirt with is like finding a four-leaved fucking unicorn. 2) Opening your Tinder profile with ‘Fertile. Probably.’ does not make this quest any easier.

The Swedes just do not flirt. And they’re not too fond of jokes about being barren either.

I mean realistically, I’ve only been here seven weeks, so I’m making a wildly unsubstantiated blanket statement. BUT! Everybody tells me that the Swedish men-folk don’t flirt, and so far… I have to confirrrm… I haven’t had a WHIFF of lingering eye contact. Not a single sideways glance. I’d actually even take a leer at this stage. And I’m not above a pat on the ass and a friendly ‘AWOOGAAAA’ as he pretends to honk my breasts like two car horns.

Why won’t the swedes just harass me already?!

And, just so you know how desperado I’ve been getting: I GENUINELY walked behind a guy in my office this week to deliberately inhale the backdraft of his aftershave.

But I actually do sort of fancy the guy¹. Also, I checked with HR, and as long as I don’t make a weird sucking noise while I try to swallow his beautifully scented soul like a Dementor, turns out it’s ok to sniff your colleagues. (P.S. I did feel slightly younger afterwards. I might bite him next time and see if I can take a couple’a years off.)

I’m genuinely starting to get in my own head about it. I mean, I’m DEFINITELY no supermodel, but when I can occasionally be arsed to draw my eyebrows back on (yes, of course I over-plucked in the noughties²) I can actually give off a mildly seductive come-hither vibe. (At least until my eyebrows slide off again.)

But, do you know what really worries me?

Summer is the time of year the affair takes place in EVERY Danielle Steele novel.³ And I’m pretty sure that summer is GENUINELY† medically certified as being the easiest time of year to get pregnant. Here’s an actual transcript from a real doctor’s office:

Did he get sperm on your leg?
Yes.
When, summer?
Yes.
You’re pregnant.
But, what? – that was months ago, I’ve had no symptoms of –
Pregnant.
But I’m 70 years old, I’ve been through meno –
PREGNANT.
The sperm was from a cat?!!
Purrrrr-reg-NANT!

FYI, this transcript isn’t real. But I’d still wear socks next time a cat rubs up against you. You know, just to be on the safe side.

But I digress. Again. So, summer is for flirting, right? Agreed. Then why is no one doing it? Is it me? Do I have DILL in my teeth? Oh my god, am I the one being leery!? (And no, don’t say anything, because sniffing an unsuspecting colleague doesn’t count, alright!)

Anyway, I got inspired (drunk) and decided to do some “research”. I asked 5 REAL LIFE SWEDES (and one very jaded expat*) whether they thought Swedish people are flirty. The answers came in this order:

“Swedish flirting is more like, we ignore each other…”

“They do flirt but only when drinking.”

“No! They’re shit at flirting!”

Guess which one’s the jaded expat...

OK. So it’s probably not my dodgy eyebrows then… But what does this actually mean for me, and how will I ever get a date in this flirtless joint?

After worrying about this, I sat down for a glass (two bottles) of wine with my new pal, Ronja, and I asked her, as cheeky Bonus Swede #6, do Swedish men flirt? Her response:

OK, so to summarise, most Swedes just ignore each other, some are shit at flirting all together, BUT, as long as there’s alcohol (standard), they’re pretty much the same as any nationality.**

Now! Just to reinforce that last, nifty little bit of data: I’ve been writing this post over the last couple of days and I had just about finished it yesterday. THEN I decided to go to a bar last night, where, after all my boo-hooing about the lack of flirting in Sweden, a slightly tipsy Swedish person did in fact try to flirt with me across the room.

Panicked. Obviously. I looked fleetingly in his general direction a few times; freaked out when his eyes met mine; ignored him for the rest of the time; and then I got sad because I hadn’t bothered to draw any fucking eyebrows on that morning.

Isn’t THAT ironic? Don’t ya think.

Anyway. Now that I’m done with what I’m sure you’ll agree was a STERLING piece of investigative journalism‡, I’m off out to try maintain some eye contact with some other drunken Scandinavians.

Worst comes to worst, if I bottle it again, I can always honk my own tits like car horns.

¹ OK, so there is a story to this, but I will SAVE it for another post. Because 1) oooh cliffhanger, and 2) my manager reads this. (By the way, please keep employing me.)

² Our obsession with hair removal in the early noughties left no part of the body unscathed. From top to camel-toe, I spent most of my teenage years spread-eagled in the bathroom chemically dissolving my pubic hair. FYI, I hear that hair removal cream still smells like eggs and cabbage. #bringbackeightiesbush

³ Firstly: I HEART Danielle Steele. Secondly: it’s not entirely true that every affair takes place in the summer. But I can tell you, no-one’s getting tossed around the hay bale at four degrees below freezing no matter how sexy the farm-hand is.

† I’m not sure about this at all. This is DEFINITELY a lie.

* I basically asked some mates, so it’s not the most reliable reporting. But then, I did tell you cat sperm can get ya pregnant soooo… if you’re looking for journalistic integrity…

** You know what, as far as nationalities go, and not-with-standing my own piss-poor flirting skills, I’m not even sure the UK is all that flirty either. I mean, besides Hugh Grant’s stutter in the 90s, when was the last time we fluttered our eyelashes at anything?

‡ Again, sorry for all the sweeping generalisations all Swedes, maybe I can take you for a drink? 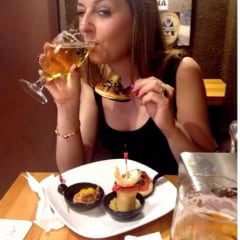 You,
my dear blogger
are my new spirit animal. so, funny
can´t wait for more posts.

and FYI, all is true that you wrote. sad but true

Hahaha love it! I've never been a spirit animal. Is it a lot of responsibility? Hope not. I kill every pot of basil.

hahahah
to be honest. every time i like something, i call it my spirit animal (food, people, places, furniture).
and
i´ll forgive you for the basil :-P

Hey! Do you want to look at my hot nudes photos and videos?) Be registered and find me sexgirldating.com my nickname Hotgirl

If you think that’s sad, wait to see the endless list of men you can date who all of a sudden ghost on you within the first 5 dates with no apparent reason (no matter if you have sex with them or not, or how much fun you can think you had, with them you never know)