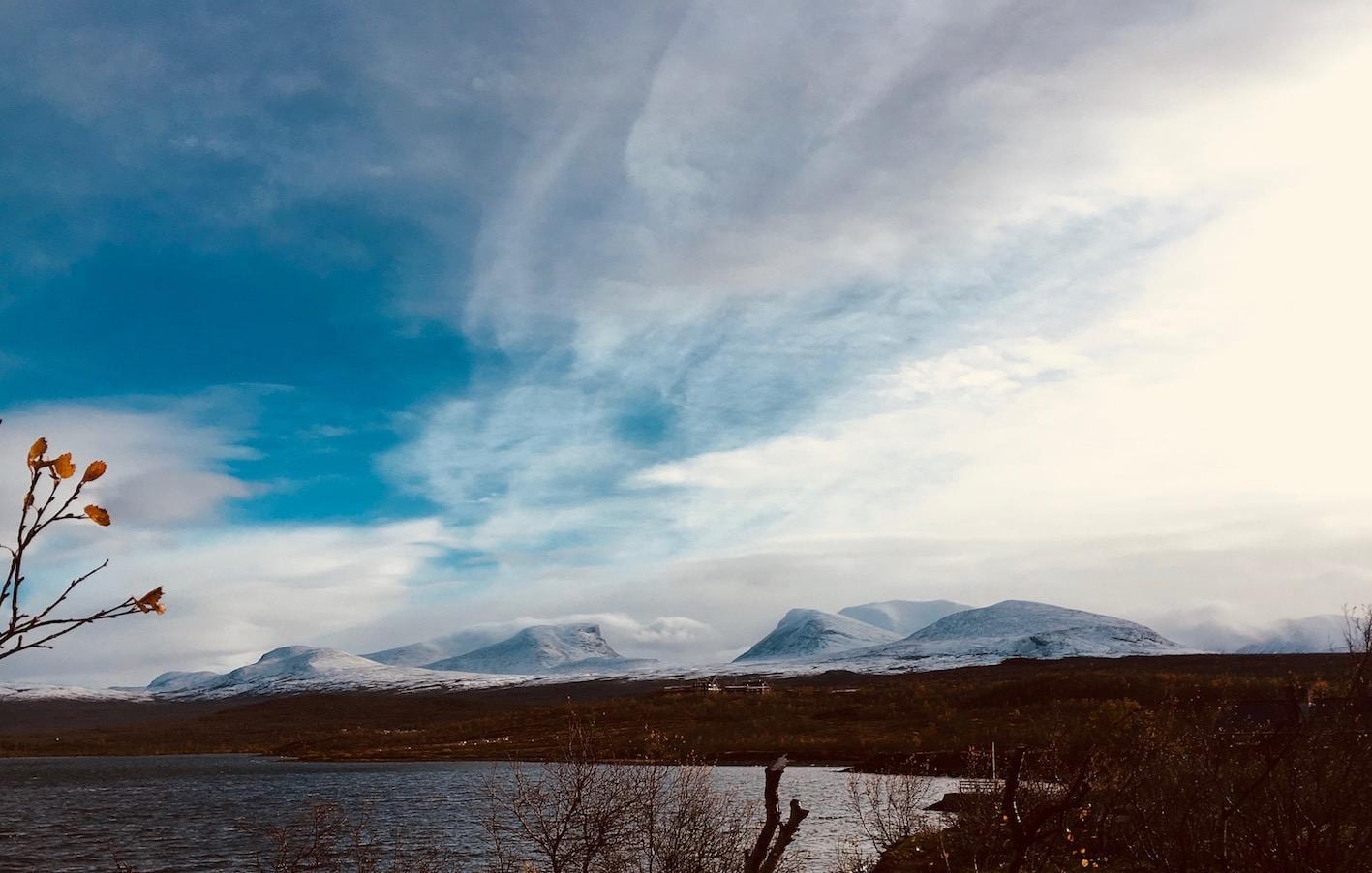 Two dreams I’ve had for the longest time - to take a night train, and to travel as far north as it’s possible to go in Sweden by train - came together and were realised this weekend when I took my two youngest children on a 72 hr trip to Abisko in Lapland.

I grabbed the chance and booked the trip as I thought they had two study days off school and I wanted to get up to fjällen before the snow did. Turns out I got the dates wrong as well as the weather forecast, and so I found myself on Platform 18b of Stockholm’s Central station with two truant children in full ski gear on Wednesday night at 10.45pm, waiting to climb aboard the night train to Boden in Norrbotten, from whence to Abisko. 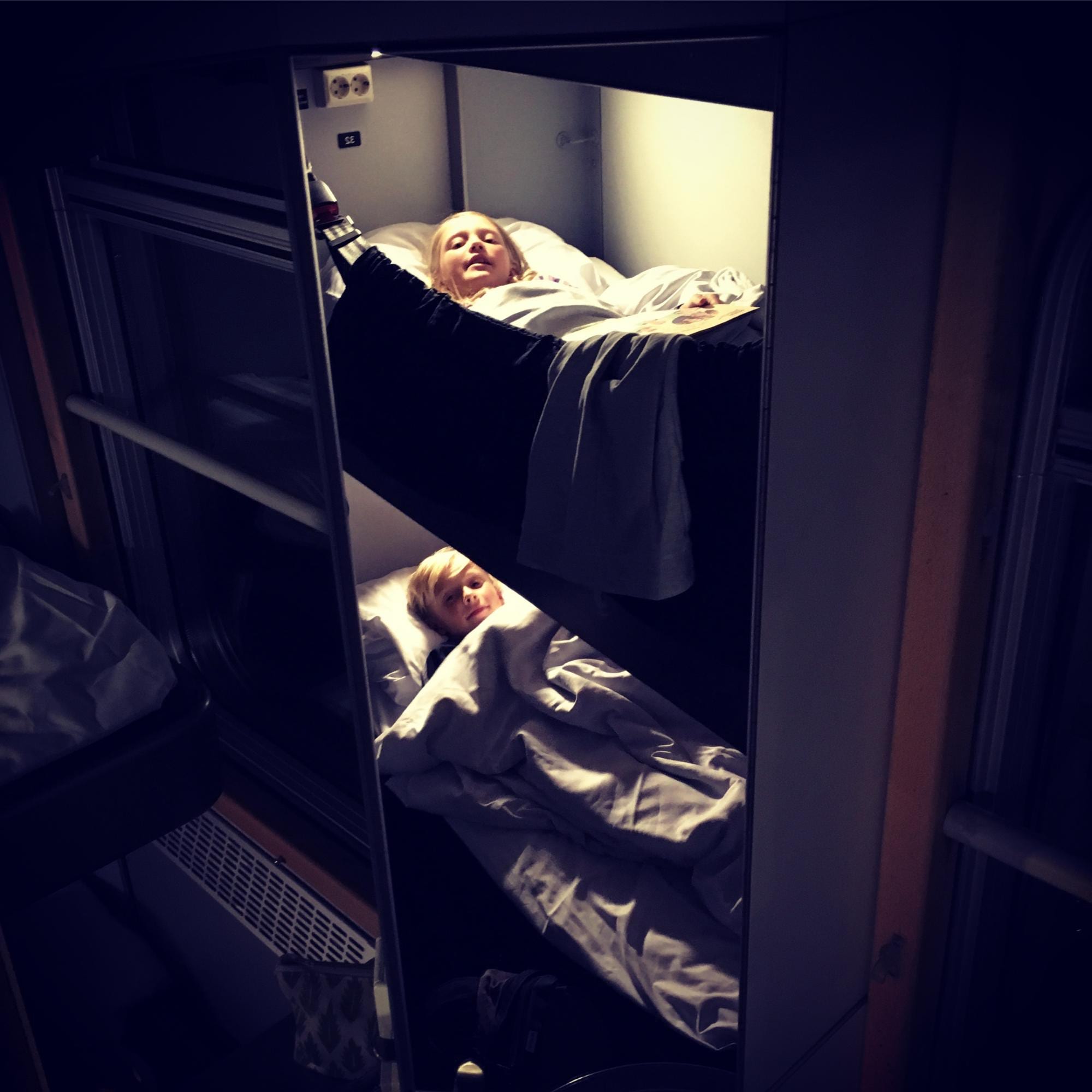 The night train was every bit as thrilling and romantic as I’d imagined. Ok, it's not the Orient Express (although the restaurant car decor could be described as charmingly faded Art Deco chic in a good light) and the catering was pretty basic (the organic Kalf & Hansen-collaboration menu as promised in the SJ magazine was apparently available on some other train, speeding southwards).

But if, like me, you get a thrill from organising your belongings in a tiny space, being rocked to sleep by the noise of the train chugging through the night and, best of all, being sealed in a moving capsule in which no cooking, cleaning, driving or work are necessary or even possible and the only activities are sleeping, eating, reading and admiring the scenery for 18 hours you’ll be in heaven. 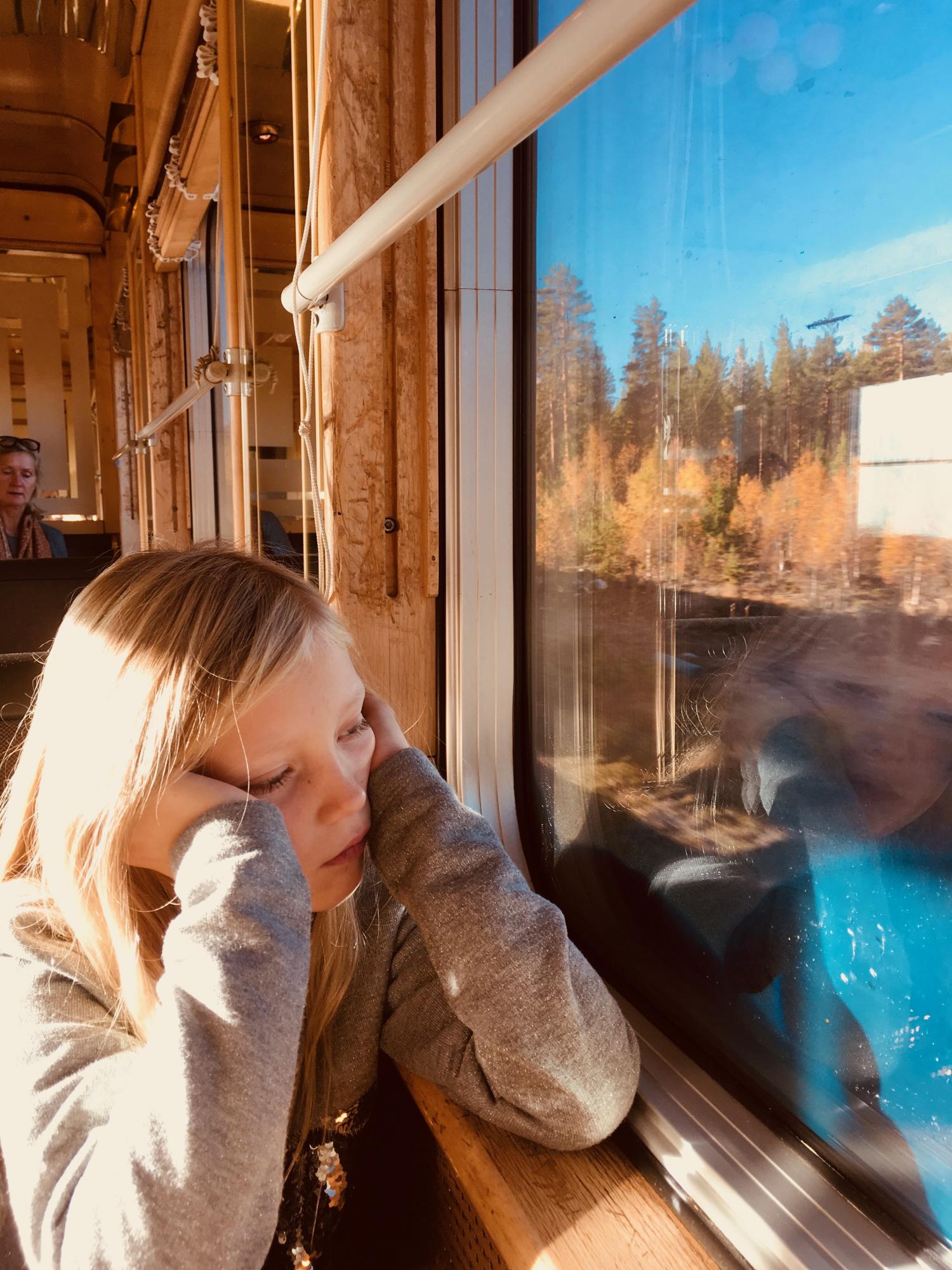 "Are we nearly there?" - somewhere in Västerbotten

We woke the next morning somewhere in the middle of Sweden and spent several hours alternating reading, playing Uno and bickering over the iPad with watching the landscape outside the window change from wide, wild rivers and deep forests in glorious peak autumn colours to more barren, wintery landscape once we crossed the Arctic Circle north of Boden. 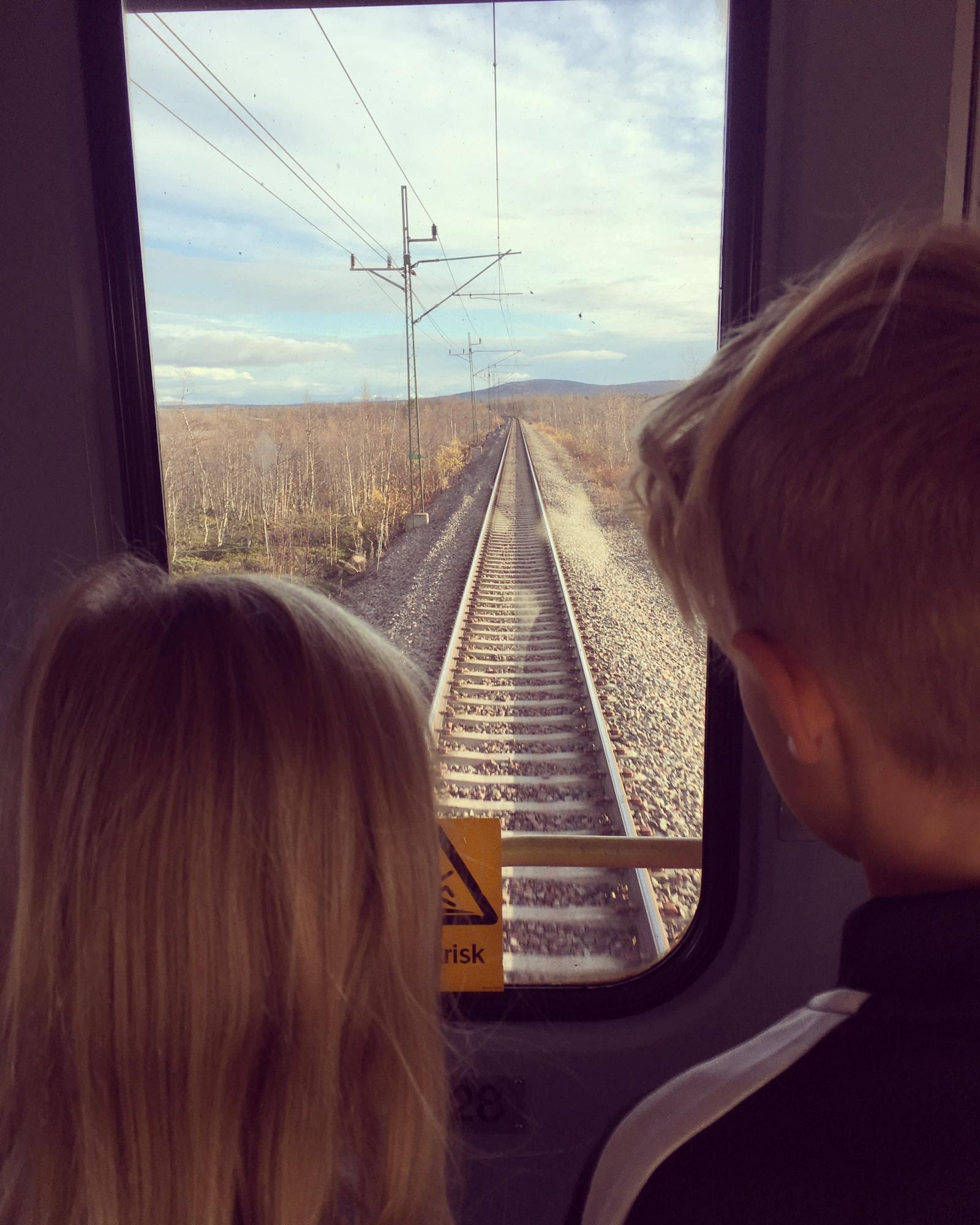 At Abisko autumn was almost over, with just a few glowing golden leaves left on the birch trees as testament to what must have been a stunning display a couple of weeks earlier. Thankfully the threatened snow hadn't yet made it down from the mountaintops so, feeling slightly overdressed in our snowboots and salopettes, we were able to set straight out from the mountain station hostel and explore.

As well as being the starting off (or finishing) point for the 450km Kungsleden (Kings Trail), there are plenty of well-marked walking paths around the station and into the national park, of varying lengths and difficulties, and the landscape is so epic that even Freya, a notorious heel-dragger, managed to spend full days walking, with frequent Ballerina biscuit refuelling stops. 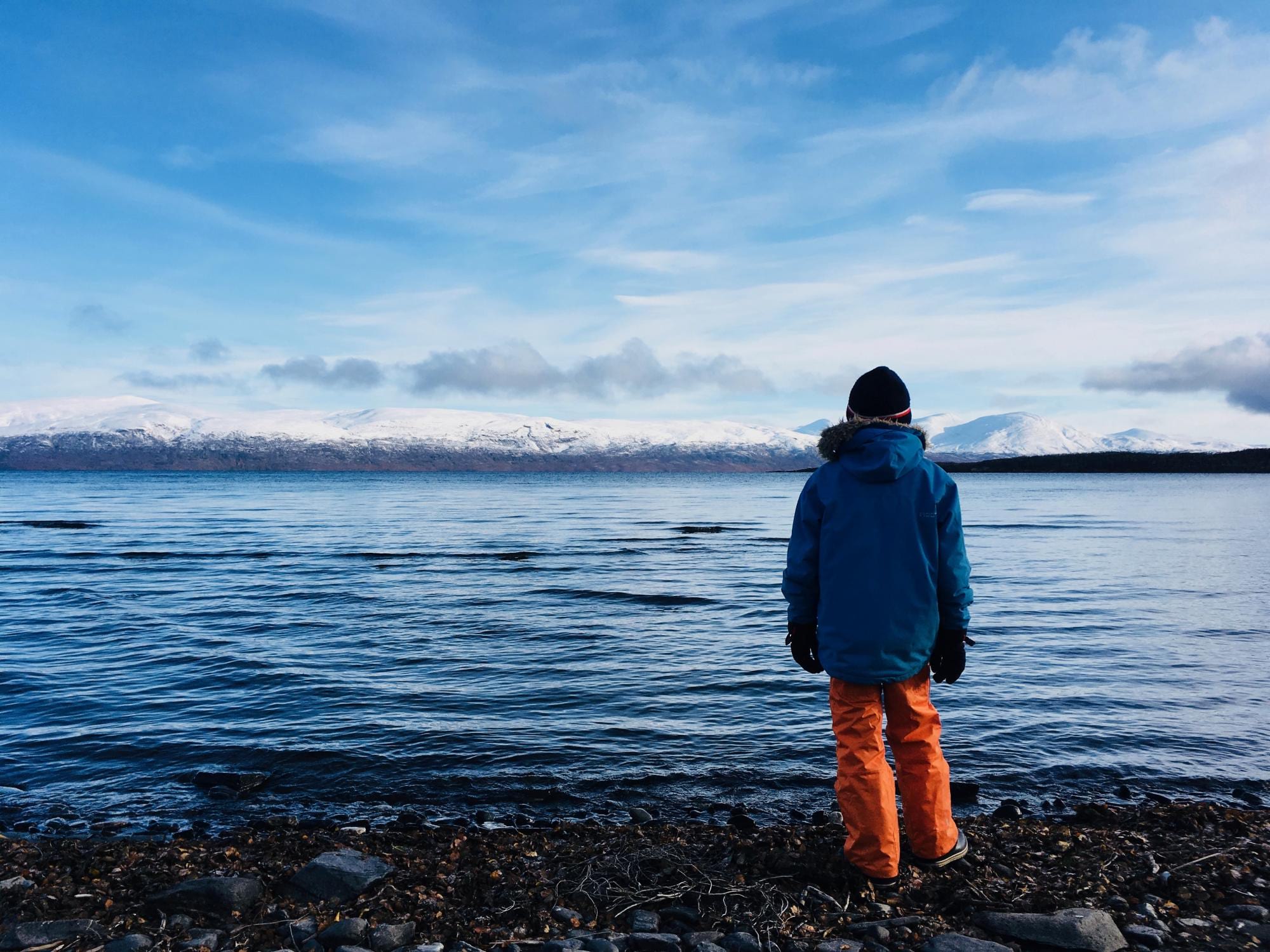 Close by, Abisko canyon carved out of Cubist-style schist and dolomite limestone, gushing with the icy, clear green water of the Abiskojokk river. Down to the lakeshore of Torneträsk lake, fringed with snow-covered mountains, and facing the iconic Lapporten valley. And over to the Sami camp reconstruction to see how the area's indigenous people lived nomadically in the 19th century. 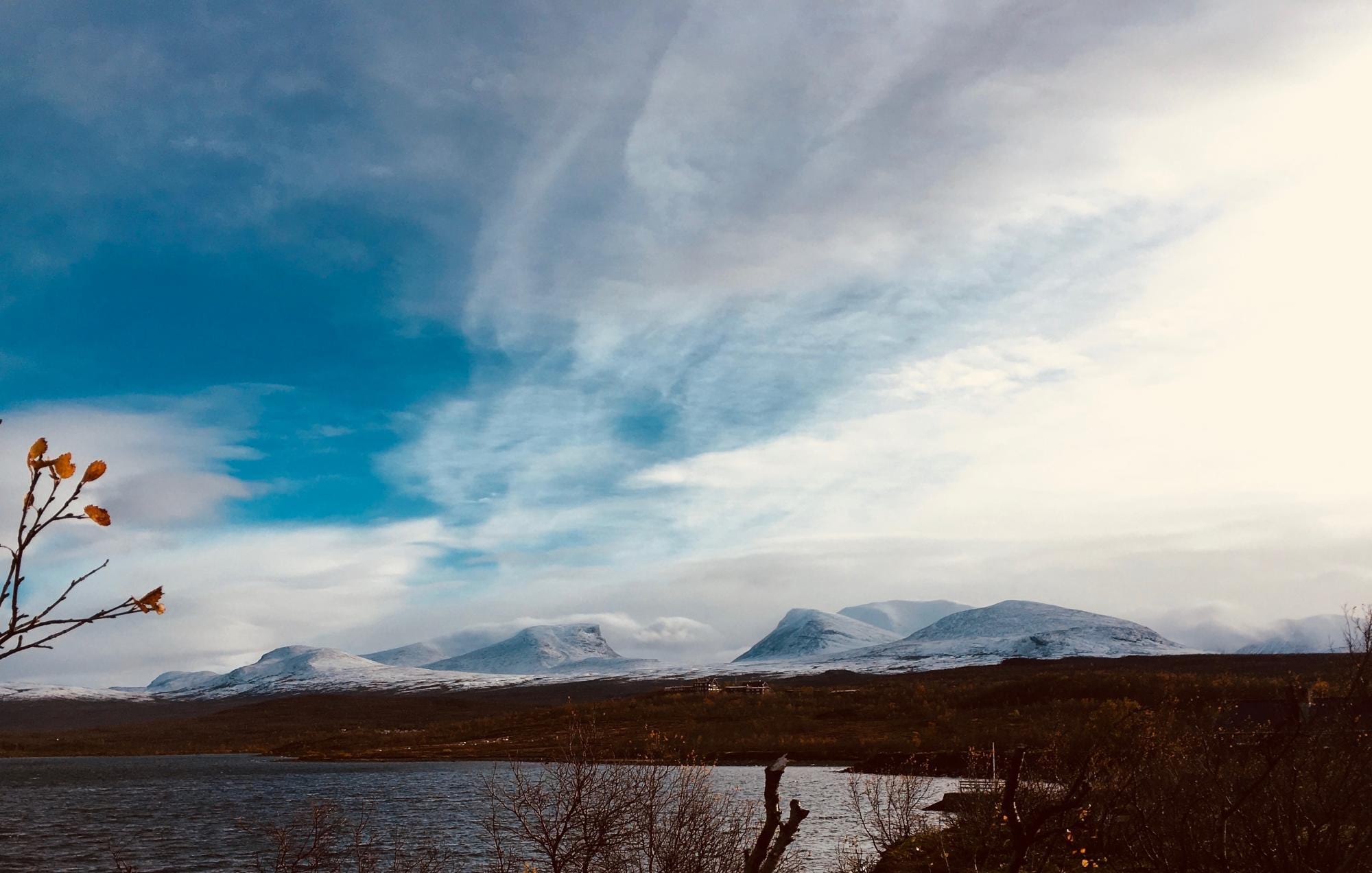 Back in our hostel dorm the first evening, vast and palatial but disappointingly static after our train digs, the mountain air and hiking knocked us out immediately. A few hours later, excitable voices outside our window woke me and I peered out to see the mystical green swirls of the Northern Lights. Finn and Freya could not be woken for love or money (or even the promise of a Ballerina) so I pulled on some clothes and went outside to enjoy my own private display of this truly awe-inspiring phenomenon. 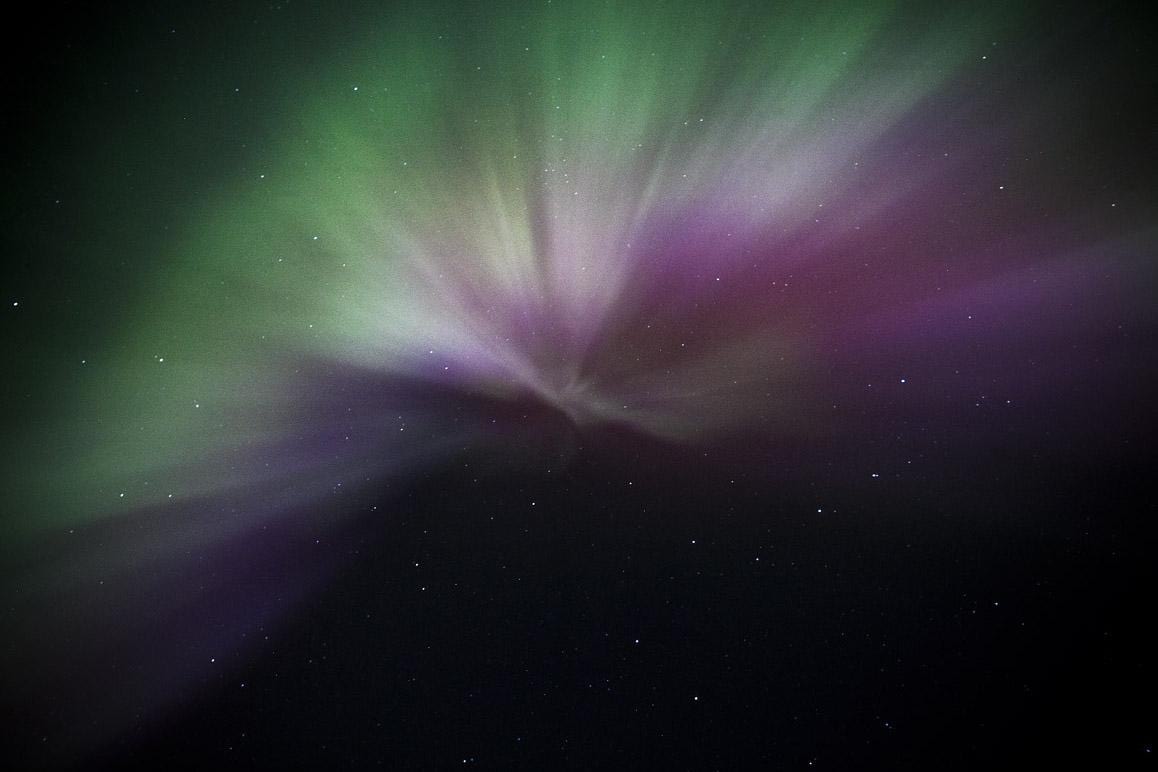 I couldn't do the lights justice with my phone camera but this beauty was taken when the aurora made a rare appearance in Sörmland Photo credit: Joe Maclay

For me, the lure of the north is magnetically strong. The cold, exotic beauty and the endless intricacies of snow and ice pull me ever northwards. Happily, Finn shares this passion, so we're busy studying maps for our next adventure. Next stop Riksgränsen and Norway beyond... 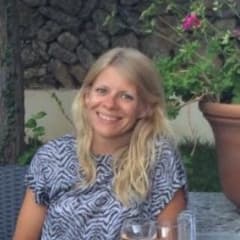 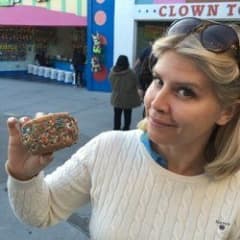 Wow how fascinating.
Can you tell me more about the price, how you booked it all etc?
Thinking about doing the same with my family!

The train's not cheap (around 4500 SEK for the three of us return) but that's for a private sleeping cabin - it's cheaper for larger shared cabins. I just booked on the SJ website.

Accommodation at the STF mountain station hostel at Abisko cost about 1000 SEK per night for a four bunk room. We brought all our own food with us as it was off season but in high season they have a cafe/restaurant.

Once you get up there it's all really easy and convenient with children - the hostel is right opposite the train station and there are lots of well-marked walks of varying lengths around the hostel.

Would definitely recommend it - an amazing experience.

The train's not cheap (around 4500 SEK for the three of us return) but that's for a private sleeping cabin - it's cheaper for larger shared cabins. I just booked on the SJ website.

Accommodation at the STF mountain station hostel at Abisko cost about 1000 SEK per night for a four bunk room. We brought all our own food with us as it was off season but in high season they have a cafe/restaurant.

Once you get up there it's all really easy and convenient with c... Visa hela »

Oh, such an engaging and touching account of an unforgettable journey.

Lots of loveliness, how refreshing!

A great blog - I have taken note of your charity shop tips for my next trip to Stockholm! Tack sa myckett.