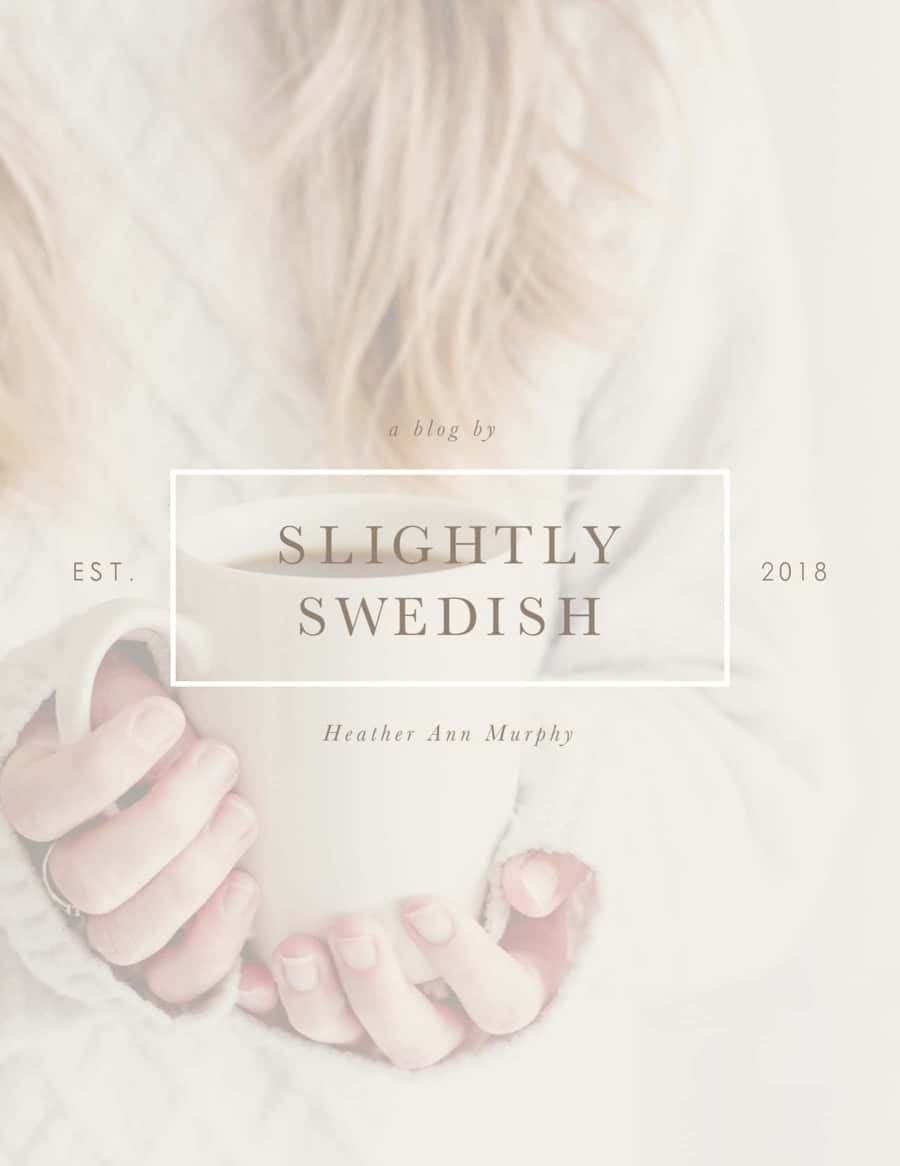 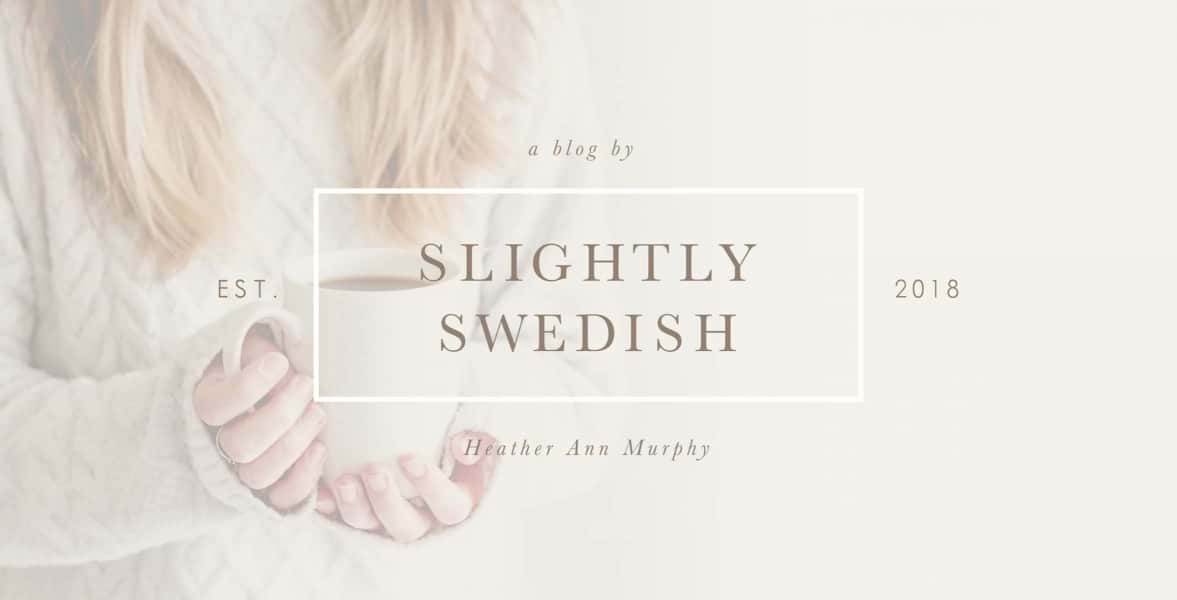 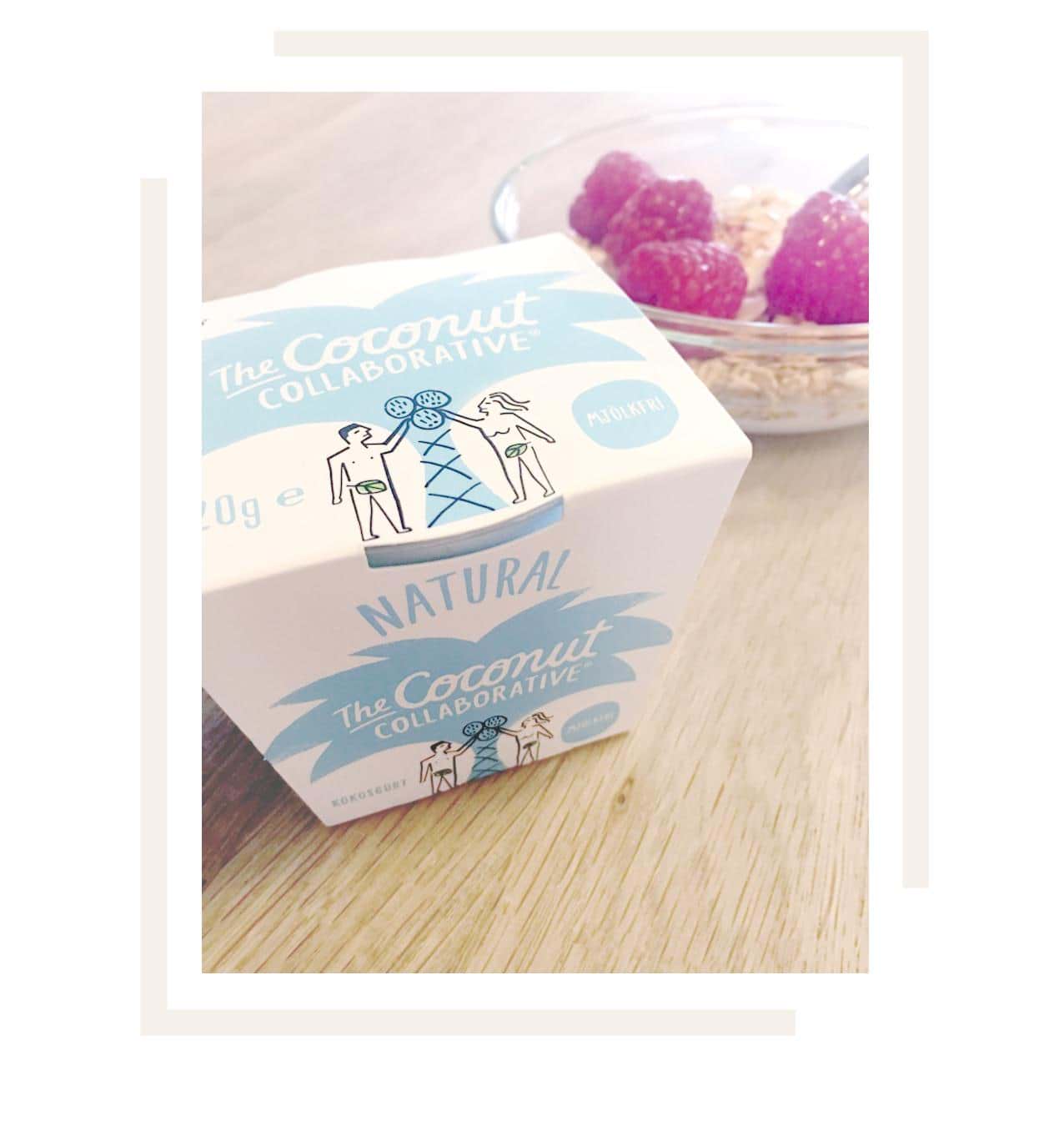 I am lactose intolerant and a firm believer that milk products are inflammatory, so I haven't actually had real yogurt for breakfast in forever! I'm so glad the world is changing, with all of these great dairy alternatives now. There have been a few dairy alternative soy products in Stockholm for a while, but soy is a bit controversial healthwise (especially when it comes to your hormones,) so I've been trying to avoid it. Now, that coconut yogurt has FINALLY hit Sweden the past couple of years, I can totally jump on the trend full-time and recommend it wholeheartedly!

I have hunted down all the kinds of coconut yogurt in Stockholm that I can find. The availability seems to have grown a lot over this past year. So far, my favorites are The Coconut Collaborative at ICA Liljeholmen (pictured above,) Abbot and Kinney's from The Good Store and Garant Eko Kokosghurt Naturell from Mat.se. I always recommend to go for the unflavored natural kinds, to avoid any extra added sugar—you can always put in honey or fruit to flavor it to your preference later. 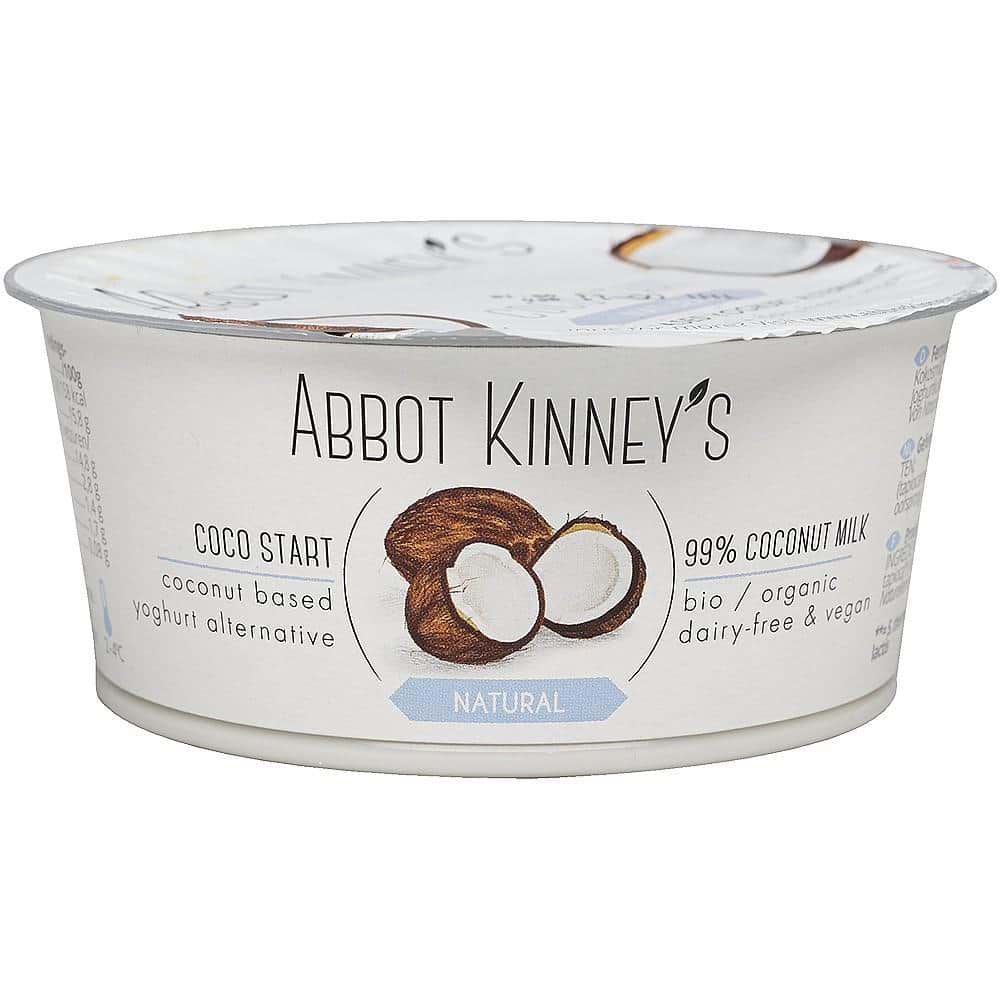 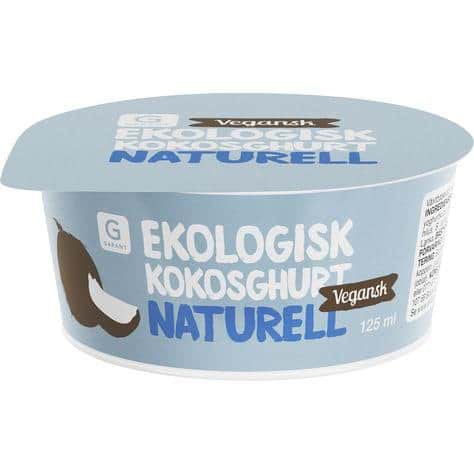 Because of this new addiction, I have even attempted to make coconut yogurt on my own, in the oven. That didn't really turn out as planned. Somehow, it got contaminated and turned pink. 😝 I'll spare you all the grossness and not put up a photo of that mess. Apparently, making coconut yogurt is actually a little hard. Everything has to be super sterilized, so no unwanted bacteria can creep in and ruin it.

Since then, I have purchased a yogurt maker from Kitchentime.se (for only 249:-,) thinking it would be easier. It has just been sitting around for a while, waiting for me to use it. Out of fear of growing pink bacteria again, I haven't quite found the time yet. Haha! 🤣 But, I'm about to pick a day sometime next week to attempt this process again. I will, for sure, update you on my progress. Cross your fingers for me (if you are Swedish: hold your thumbs!) 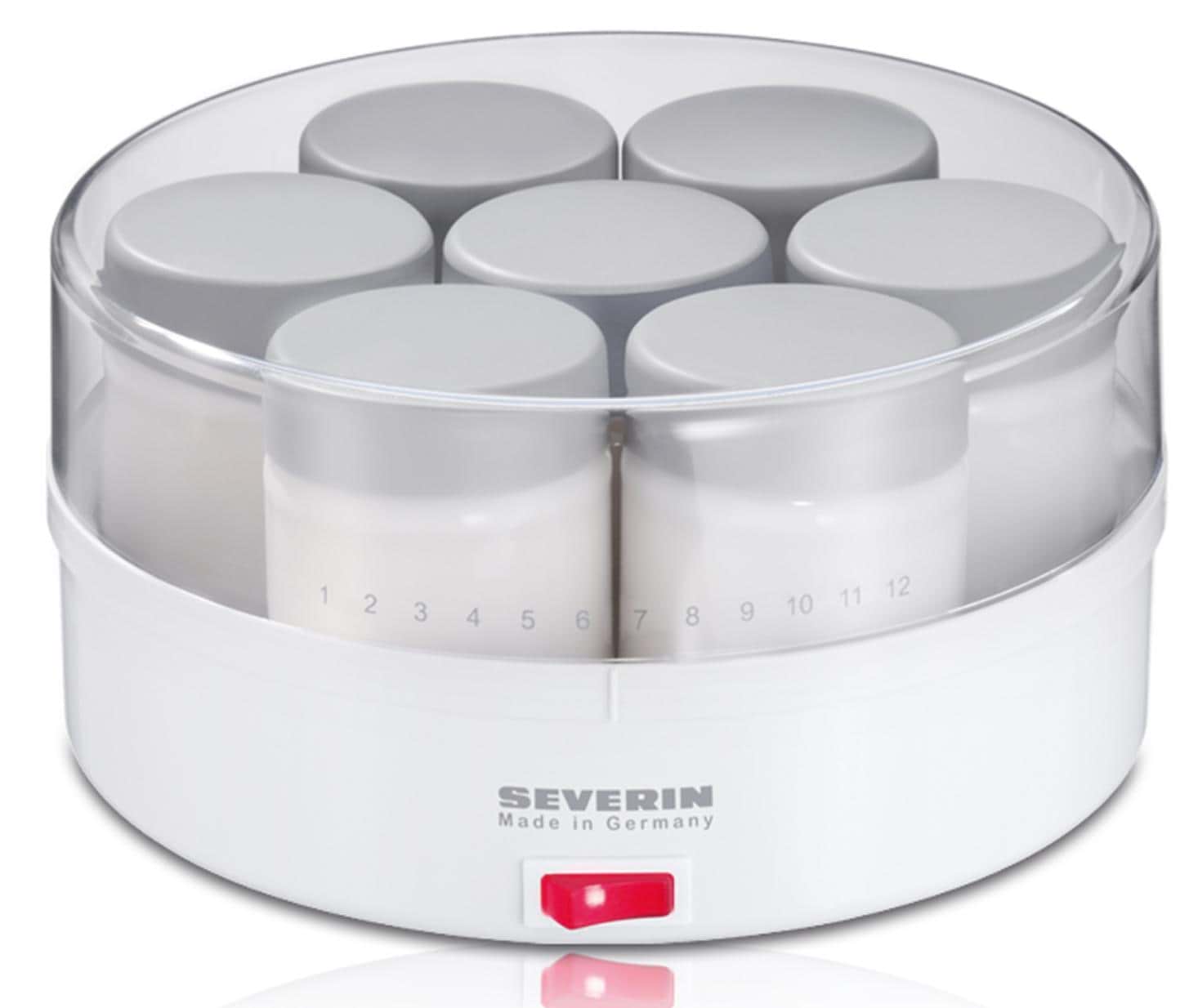 This alien looking thing is the yogurt maker I purchased 😂

Does anyone have any tips on buying other good dairy-free yogurts in Stockholm?

How about making coconut yogurt at home? I could use all the tips I can get. Comment below!!!! 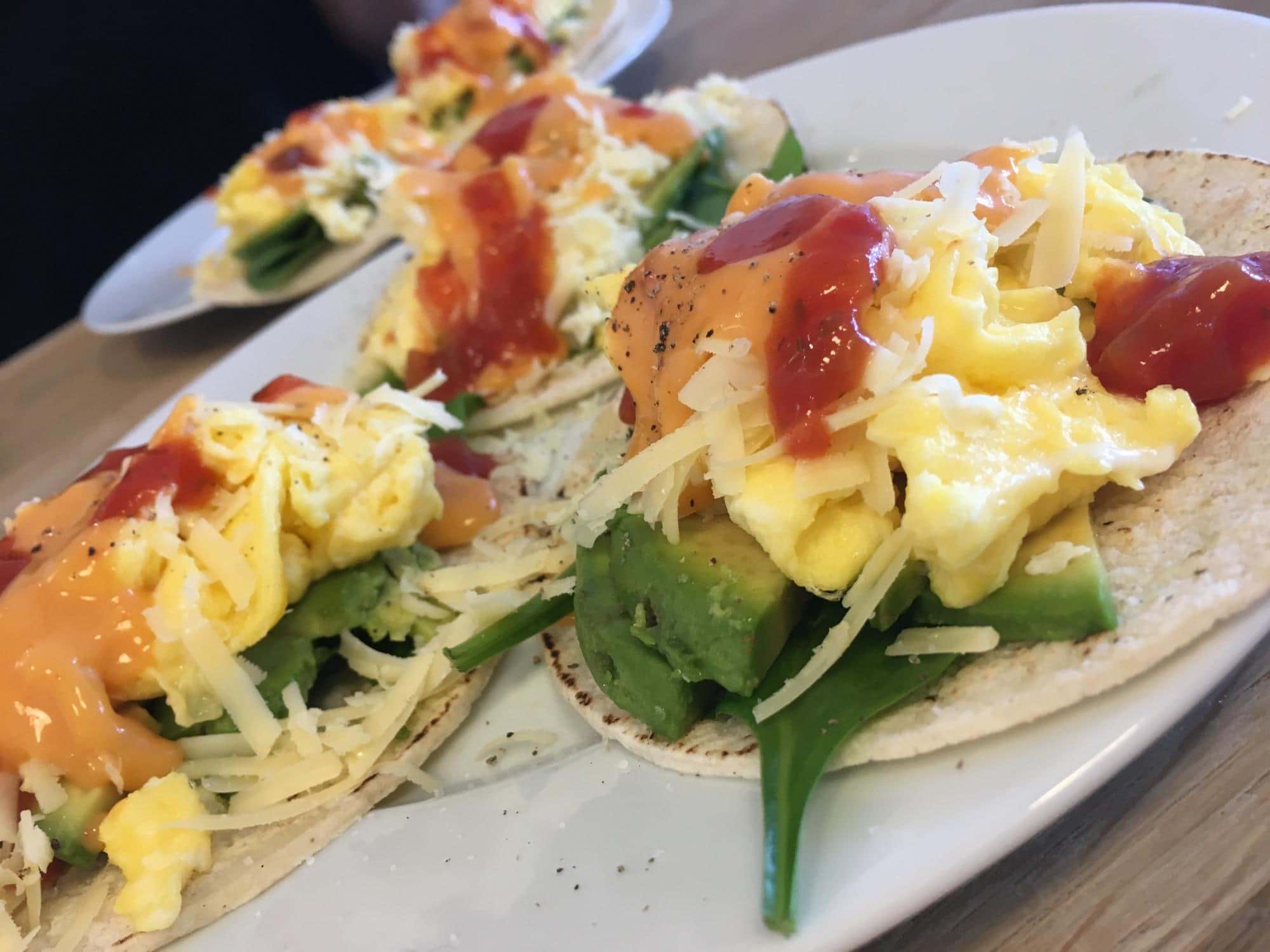 If there is anything I love about the US, it's definitely the food.

It's time to celebrate National Taco Day in the US today! While the taco is usually more associated with Mexico, the breakfast taco is actually a Texan creation. It's one Texans are pretty darn proud of too (rightly so, they're legit!). Why aren't there any restaurants in Stockholm with breakfast tacos? (Or, are there? Hit me up if you have an inside scoop.) Until then, I'm getting pretty darn good at making my own.

My sister is still in town today, so I surprised her with a quickly made impromptu breakfast taco trio. I totally just threw them together with ingredients already on hand. No real recipe needed!

Today's quick tacos were made with:

Normally, if it was a weekend (and I had a little more time on my hands) I would have probably made some turkey bacon or sausage for in them as well.

There are millions of variations on the breakfast taco. Just put in what you like and find a good combination that works best for you! 💖🌮💖 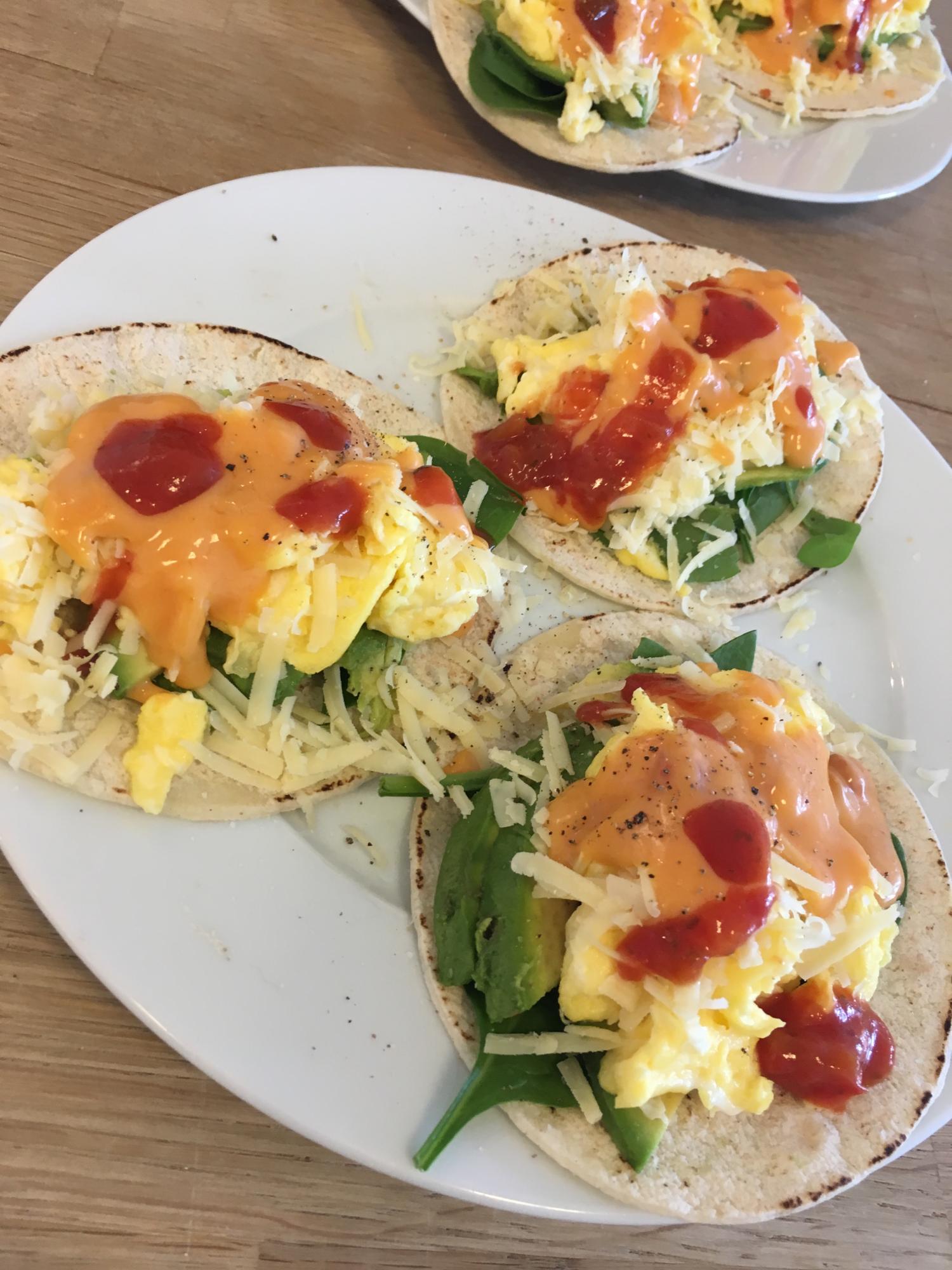 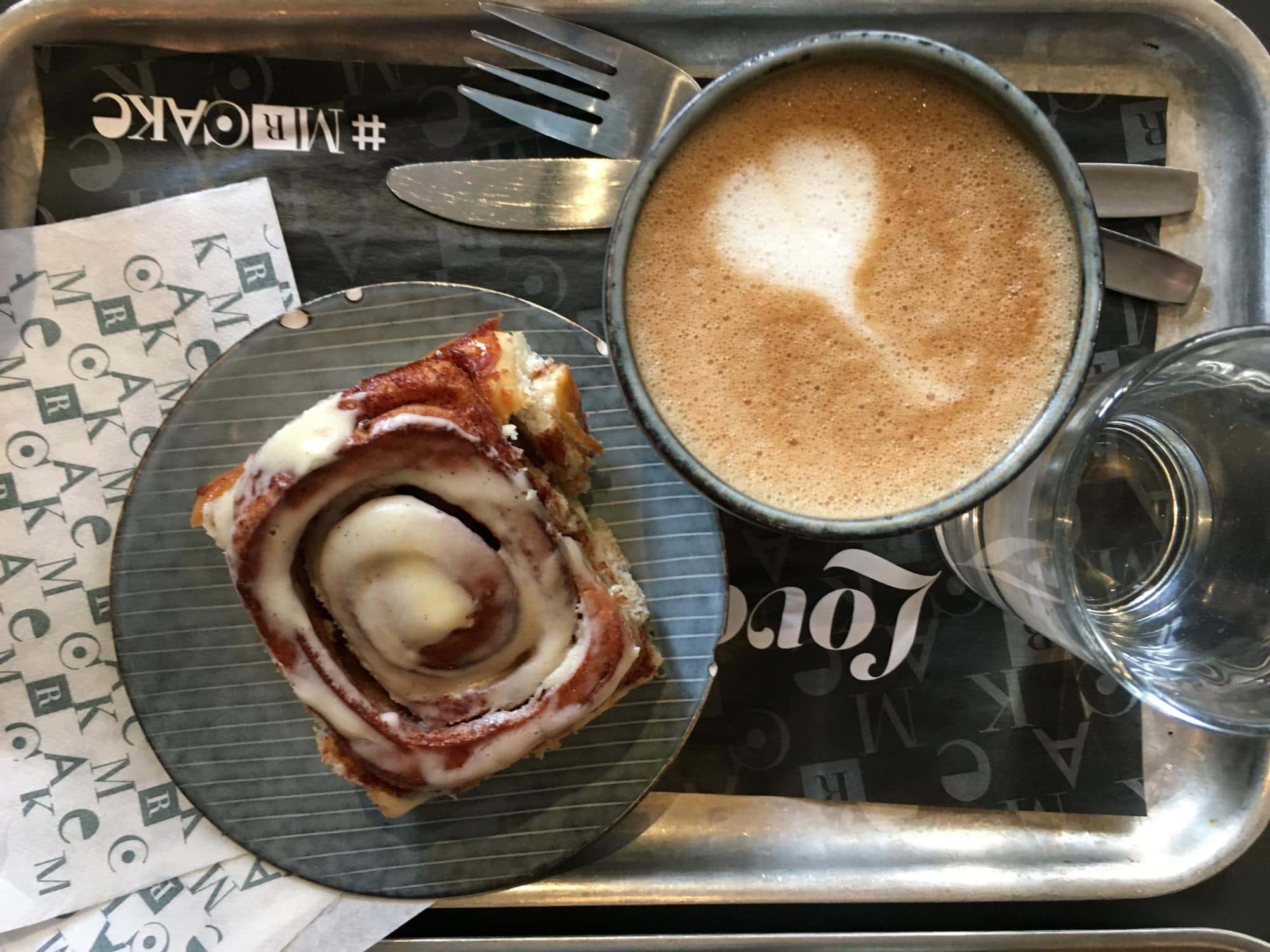 My sister, Hiliary, is in town from Chicago this week!!! This is like her sixth time visiting me here, so she is already pretty well versed in being a Stockholm tourist. No matter how many times she comes here though, we always find something new for her to see or experience. I think her love of Stockholm now far surpasses my own. She is definitely a Swedophile.

One of the things she finds really charming about life here is, of course, the traditional Swedish Fika. It's really the perfect tourist activity. Your guests get to satisfy their sweet tooth while feeling culturally elevated at the same time. That's what I call a win-win situation.

Today we indulged. BIG TIME. I have been following Stockholm's Swedish-American bakery "Mr. Cake" and their wildly good-looking pastries on Instagram, for a while now. With Hill here, it seemed like the perfect opportunity to test the place out. Holy MOLY, everything was so good! Apparently, we weren't the only ones who thought that because It was veryyyy busy. 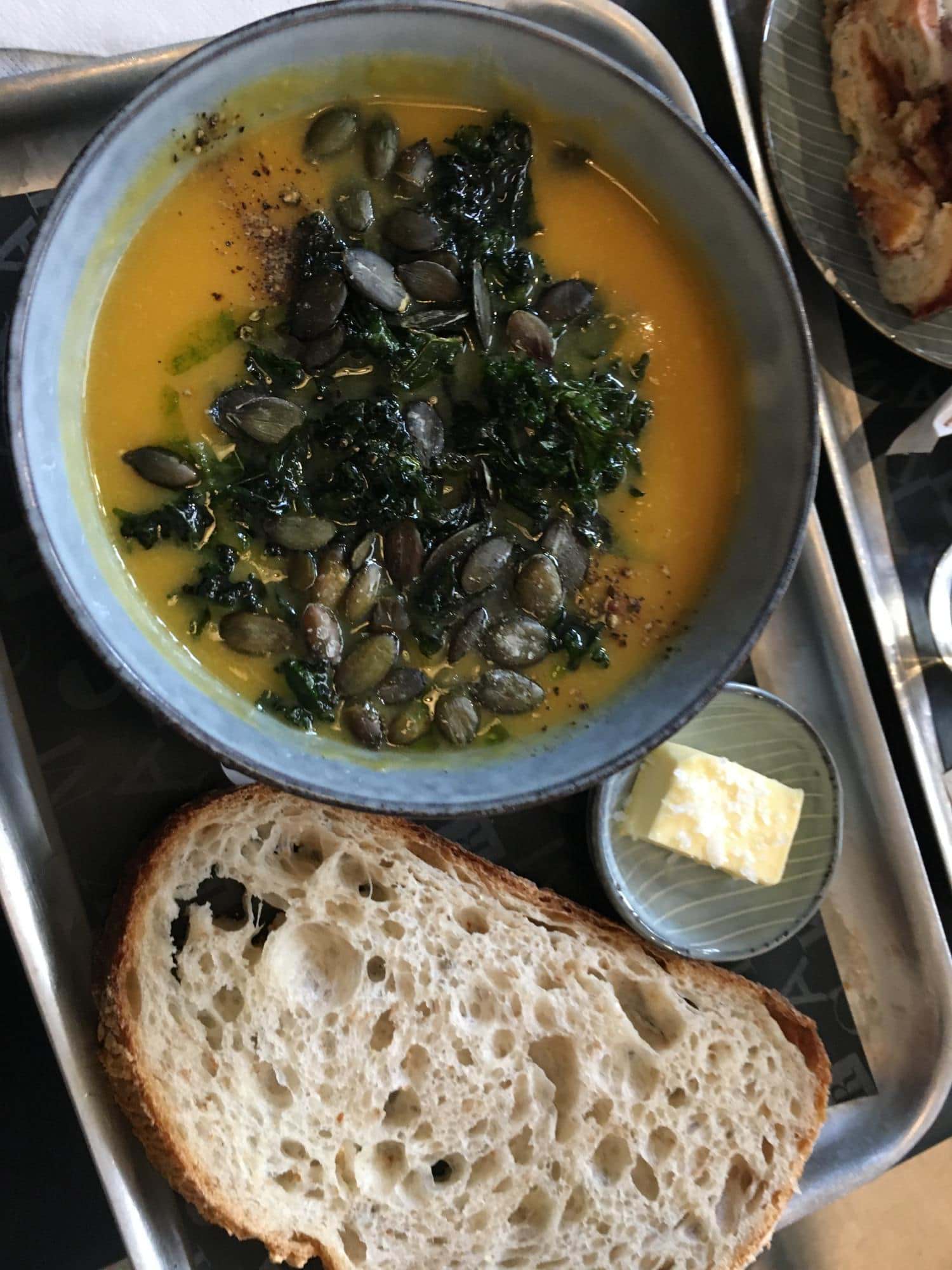 First, we got lunch! I got the pumpkin soup. It was delicious and felt just like fall. 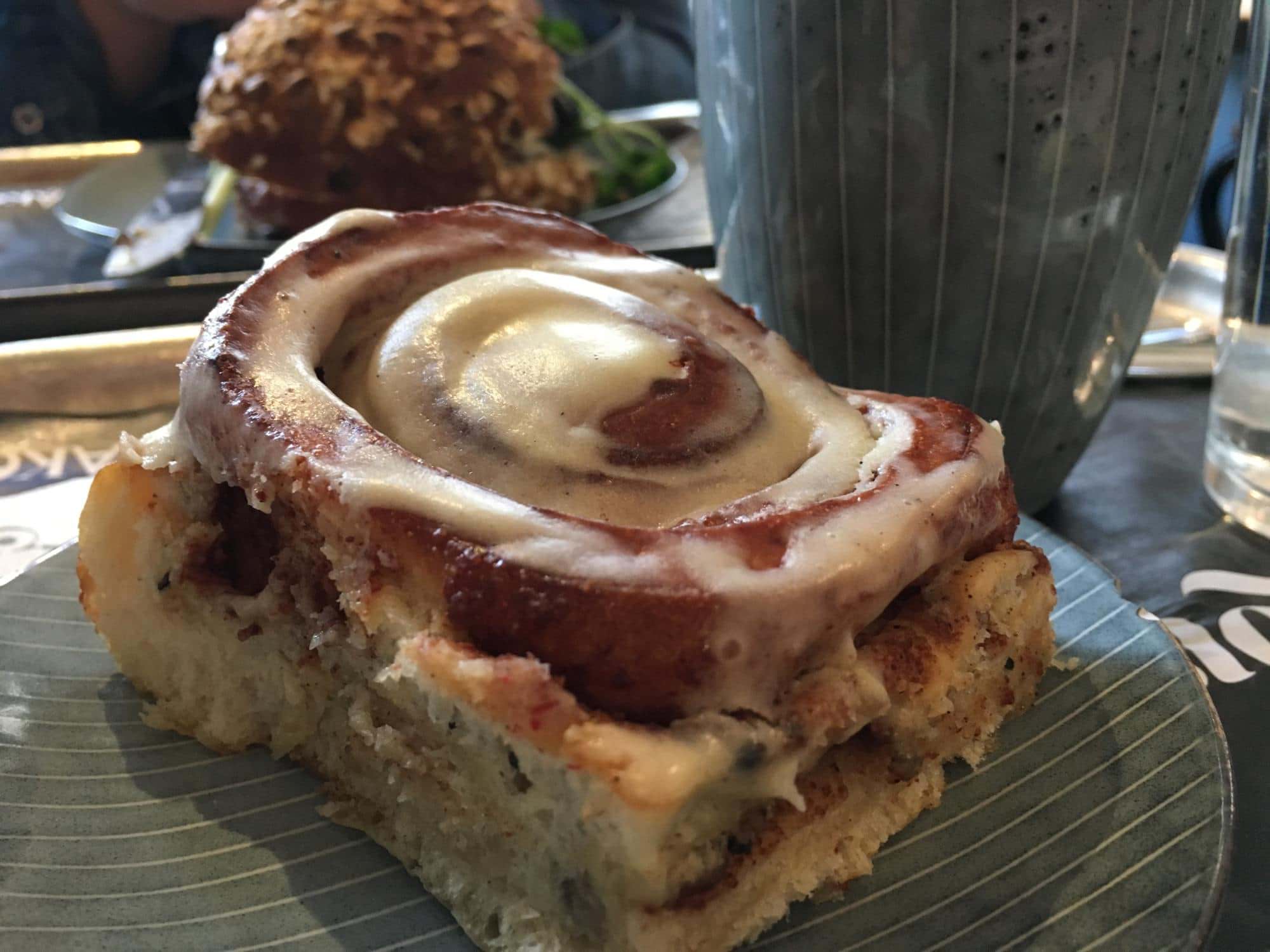 I saw that Sweden's official "Cinnamon roll" day (Kanelbullens dag) is going on tomorrow. I couldn't wait to try Mr. Cake's American cinnamon rolls until then though, so I got one today.😜 Swedes are probably going to hate me for saying this, but I think I might still prefer the gooey, sticky, American style cinnamon buns over the Swedish ones. 😋 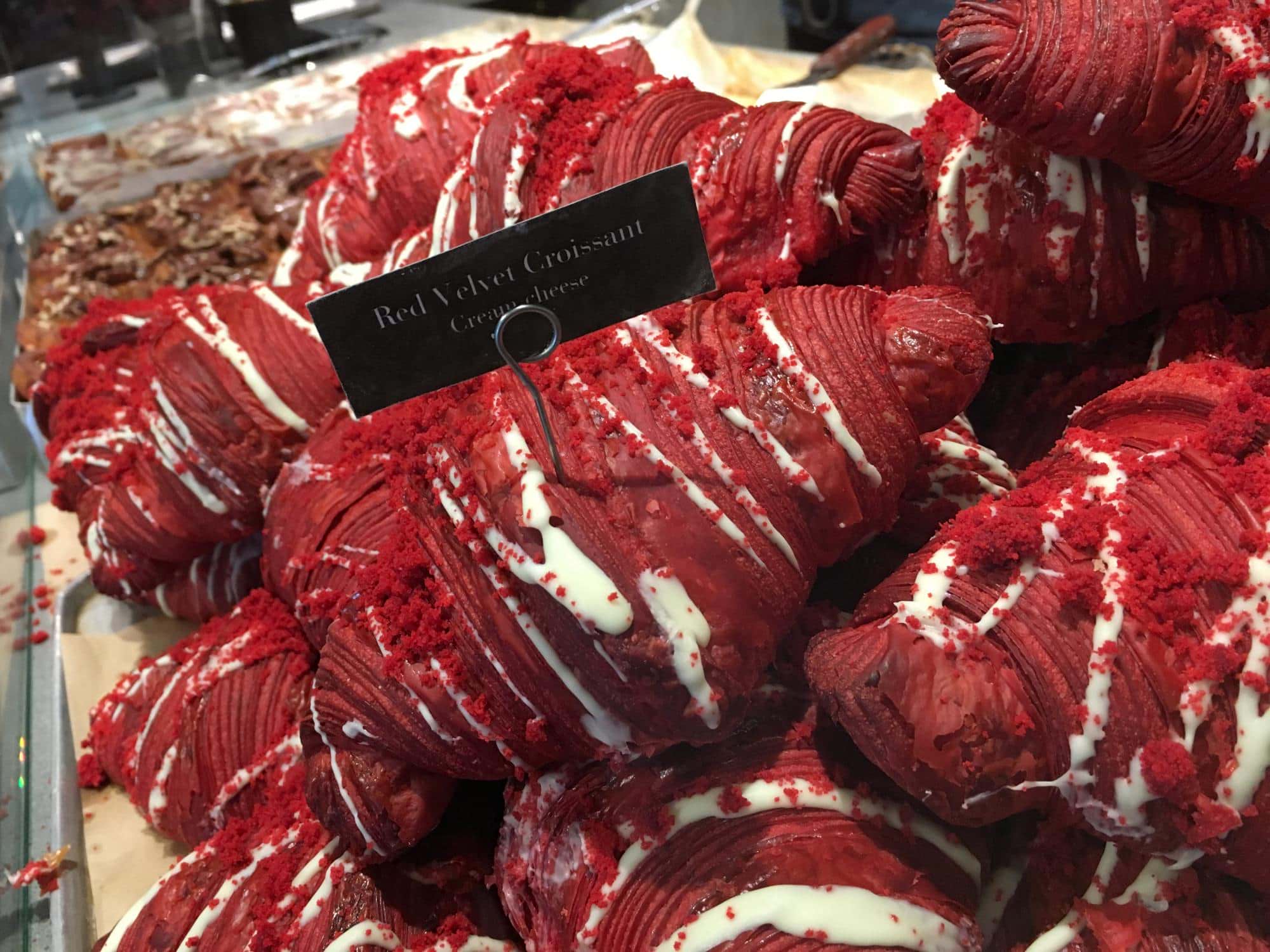 The Red Velvet Croissants were a total show stopper.❣️❣️❣️ 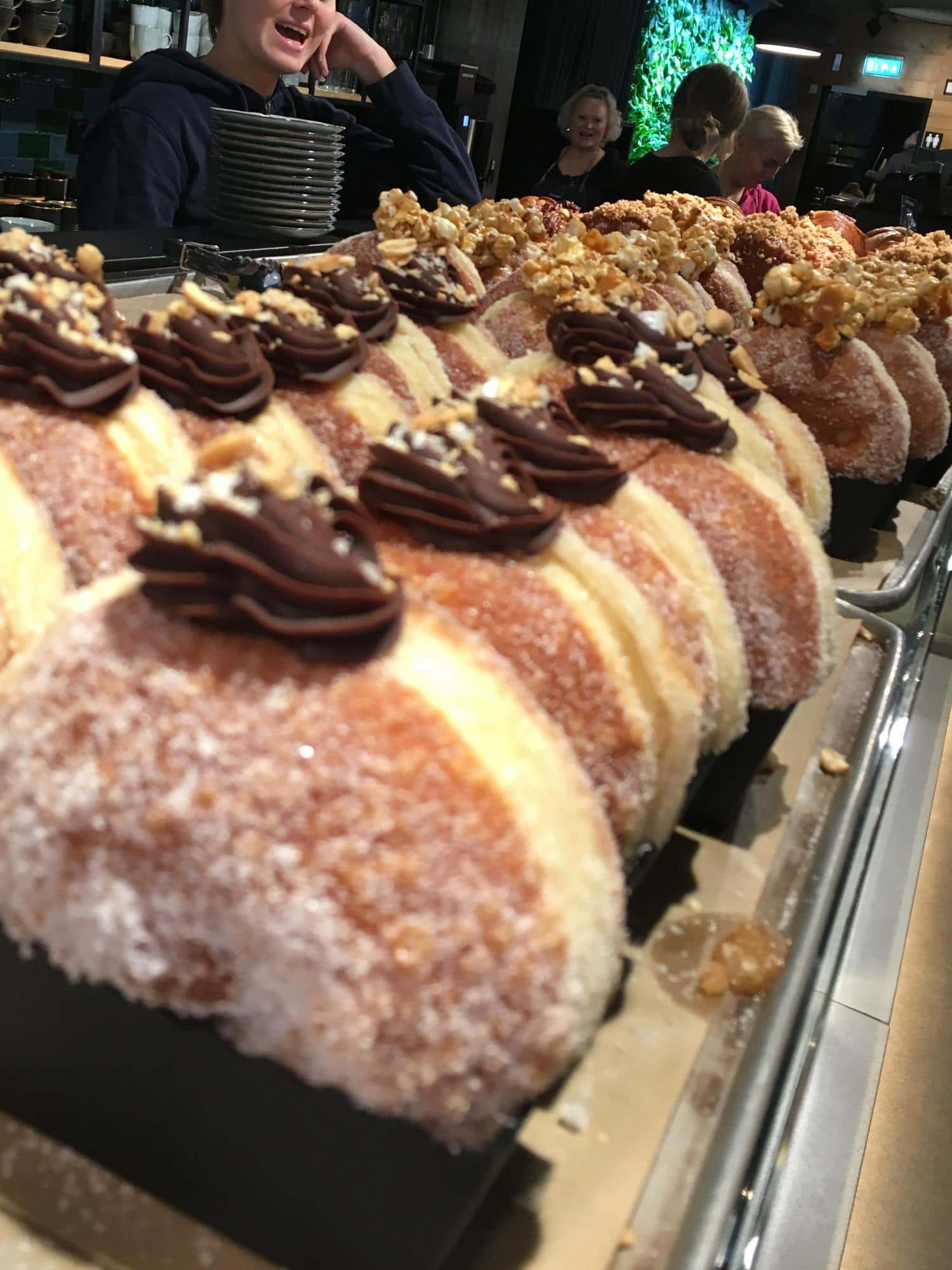 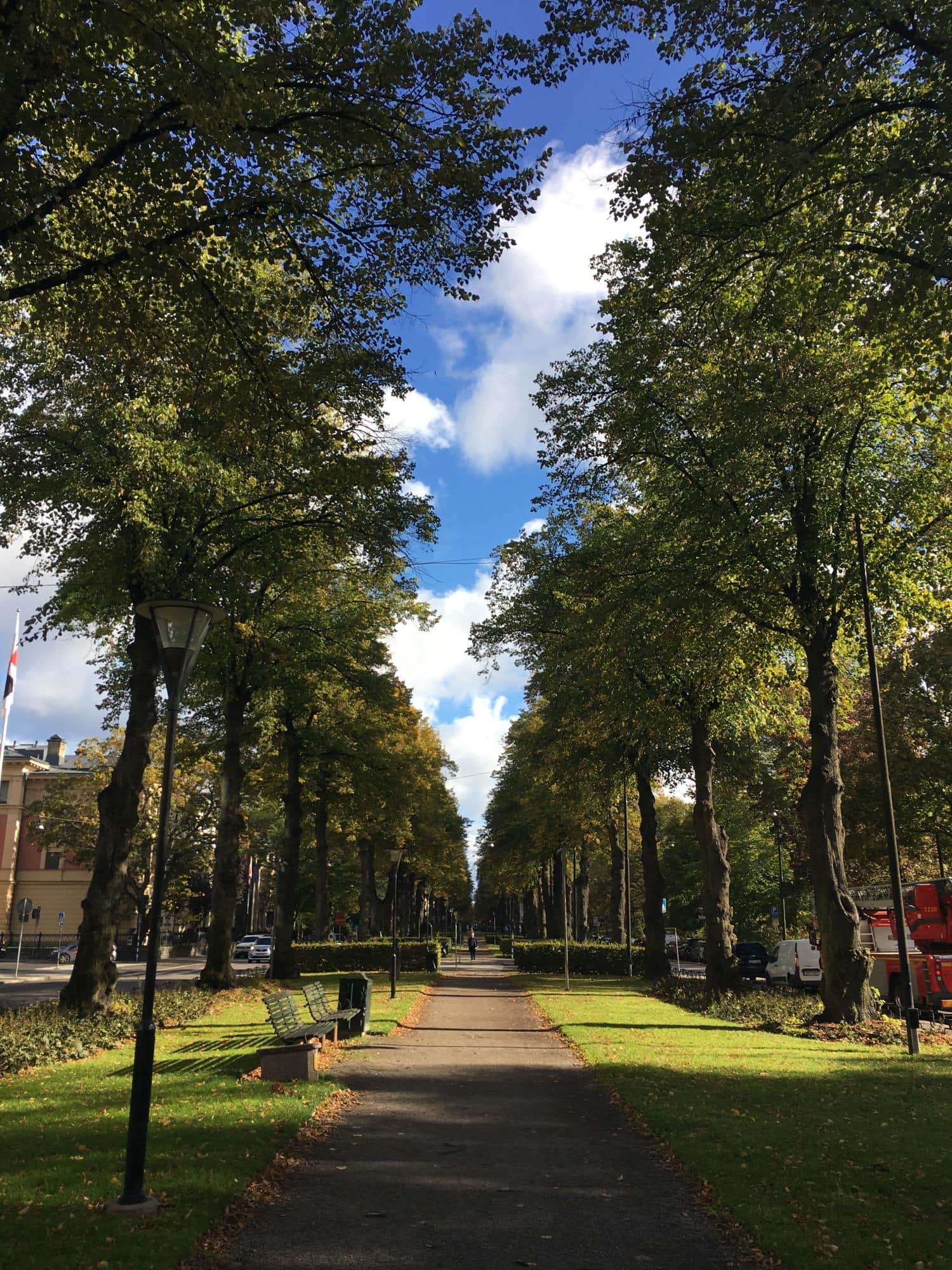 Afterward, we walked all the way down the beautiful Karlavägen boulevard (towards Karlaplan) to burn off some of that sugar. 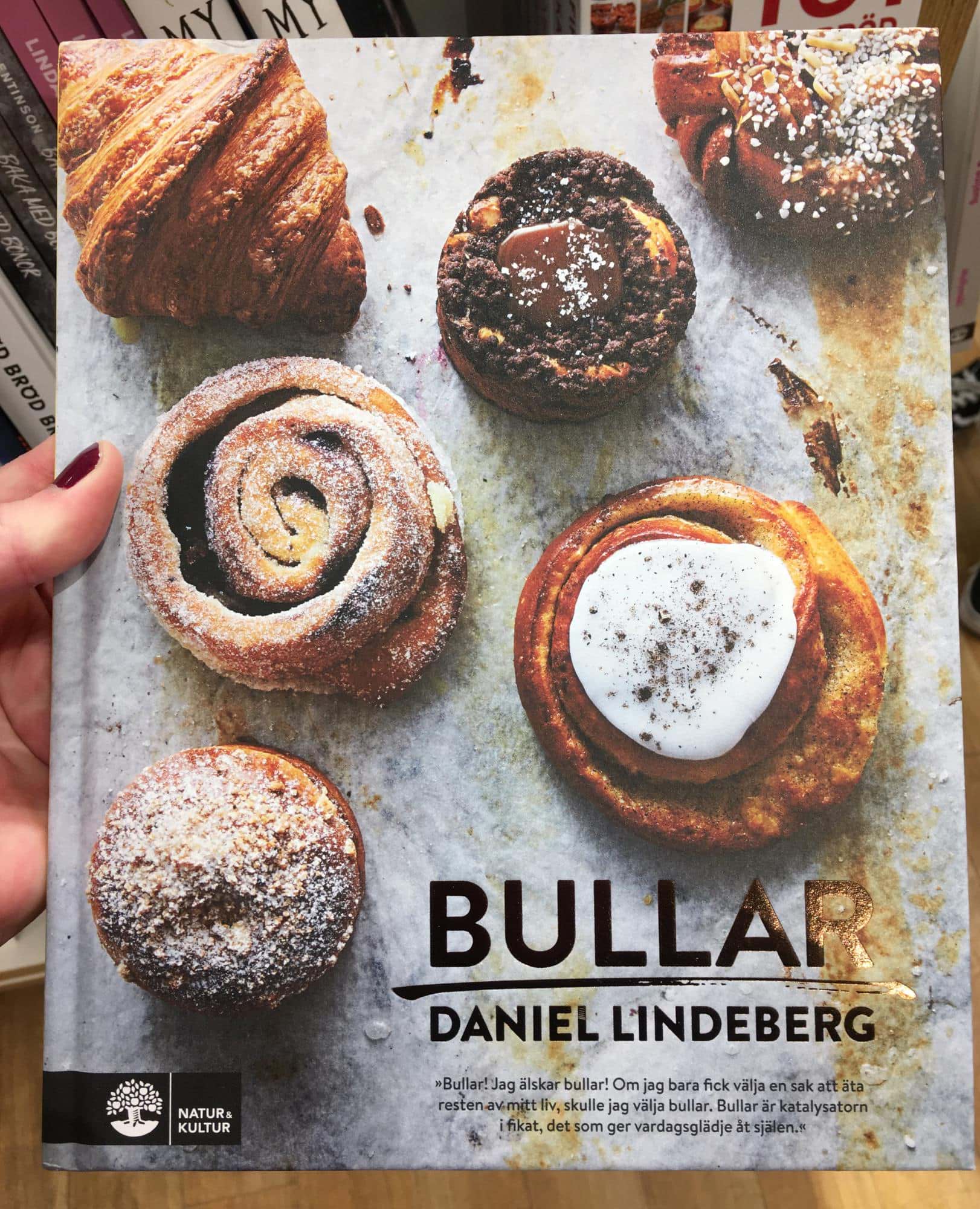 Then we ended up going into a bookstore in Fältöversten, where I picked up this little gem, just in time for tomorrow! (I might still prefer American Cinnamon rolls, but Sweden's are pretty darn good too. I can't hate. 😘❤️) 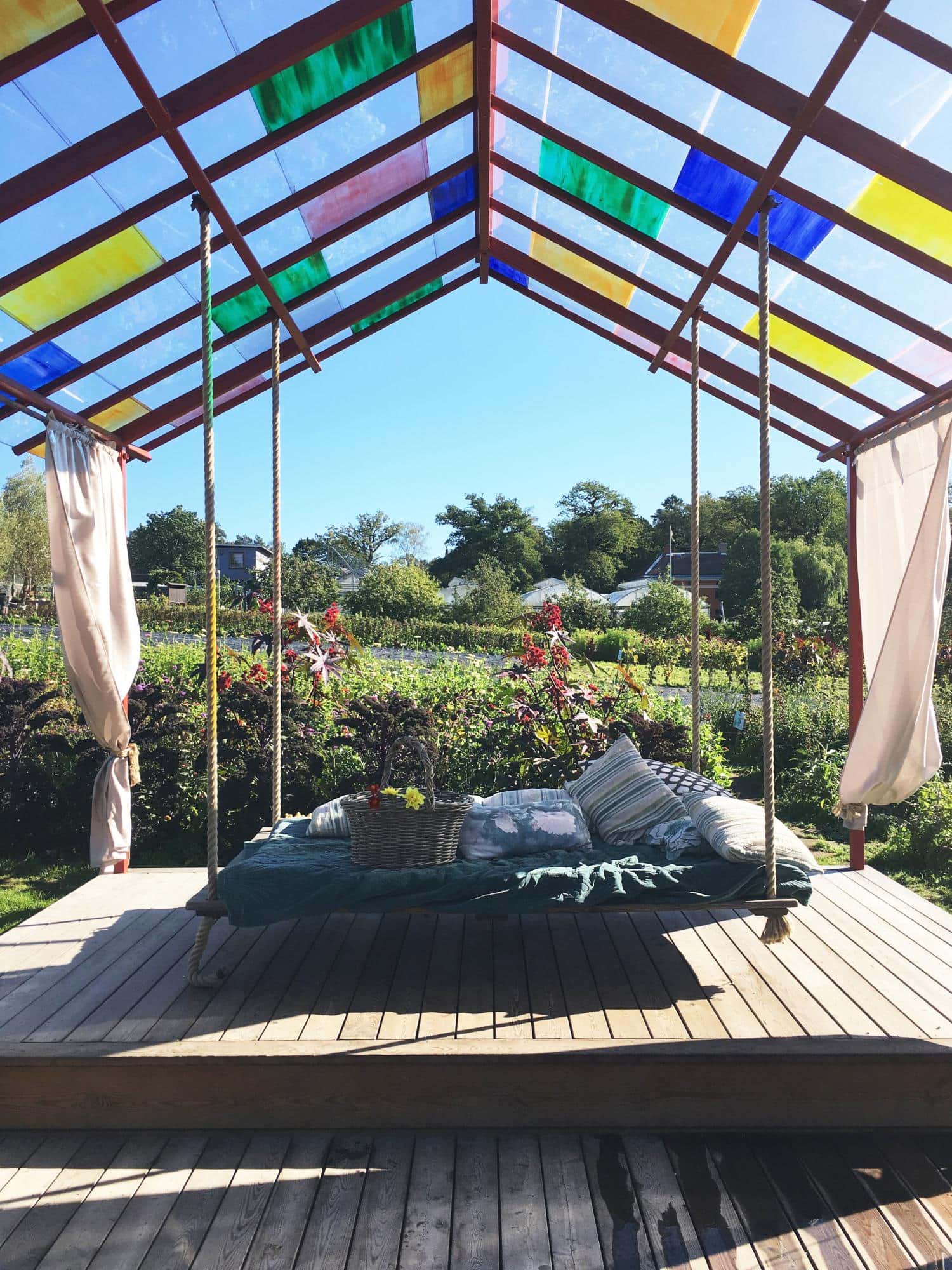 Was this the most amazing Swedish summer ever, or what!!? I can’t believe how hot it was here. Like genuinely HOT! 🔥🔥🔥 That's not usually something you can claim about Swedish weather.

My fiancé, Henrik, and I have typically taken on the habit of spending some of the summer break months abroad; however, by an unusual stroke of luck, we didn’t plan anything this year. It was the first summer we have spent entirely in Sweden, and I couldn’t be more happy about it! We are currently planning a very extravagant wedding and really needed to save up. So, we decided to have a “staycation” here in Stockholm. At the beginning of July, when all of our friends left for a bunch of awesome Instagramable destinations and we stayed home, I have to admit that I did have a little FOMO initially. Yet, something in the universe must have been on our side.

Henrik and I had the most awesome summer together. We became home-town tourists and explored Stockholm like never before. WE DID IT ALL! We hiked, swam, picnicked, picked our own flowers at Ulriksdal's Trädgård (pictured above,) and walked all over the whole city. We even escaped on several fun day trips. 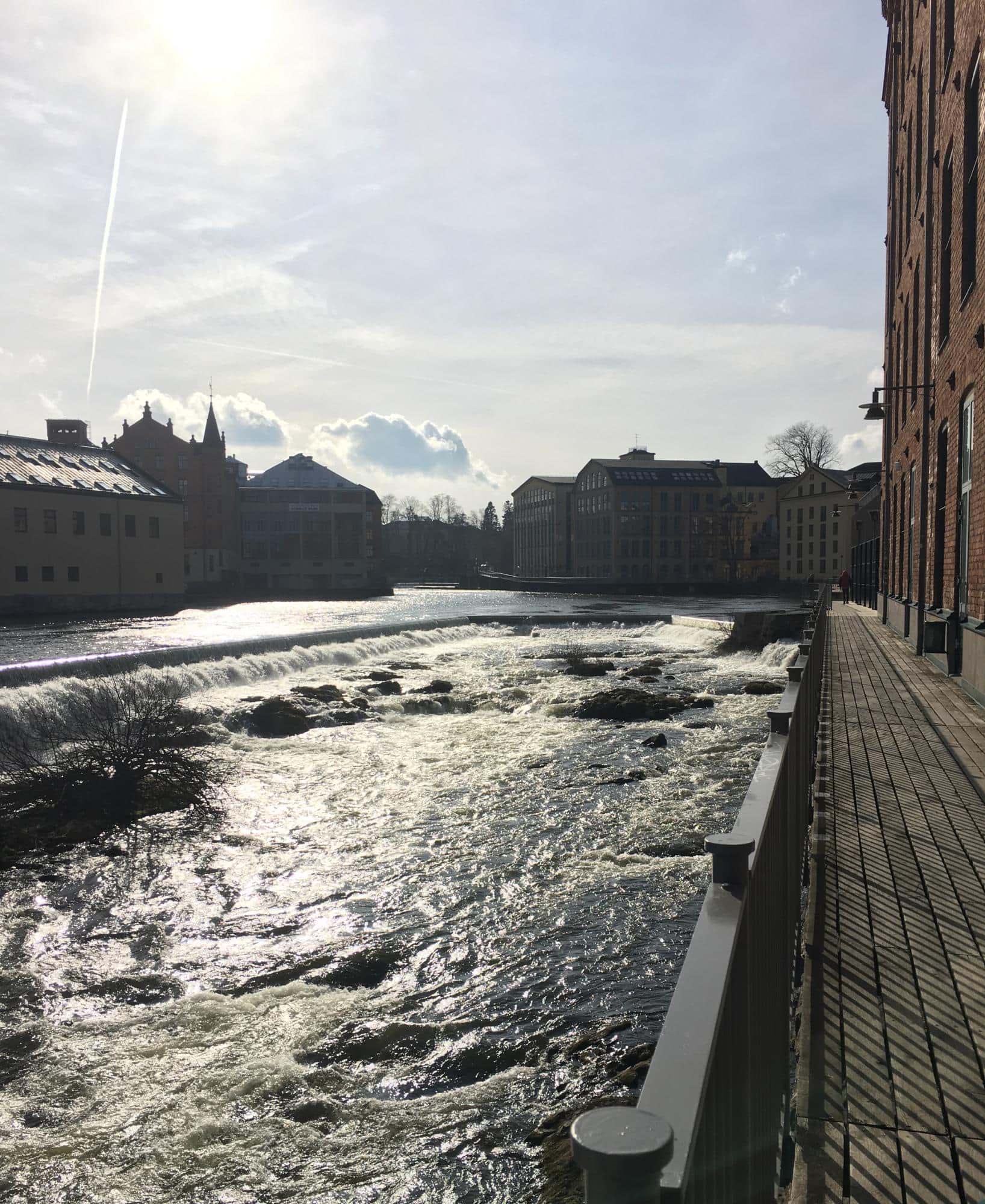 Norrköping is one of our favorite day trips to take outside of Stockholm—year round! It only takes about a two-hour drive from central Stockholm to get there. This pretty river walk view (above) is just one many of the fun things to see. 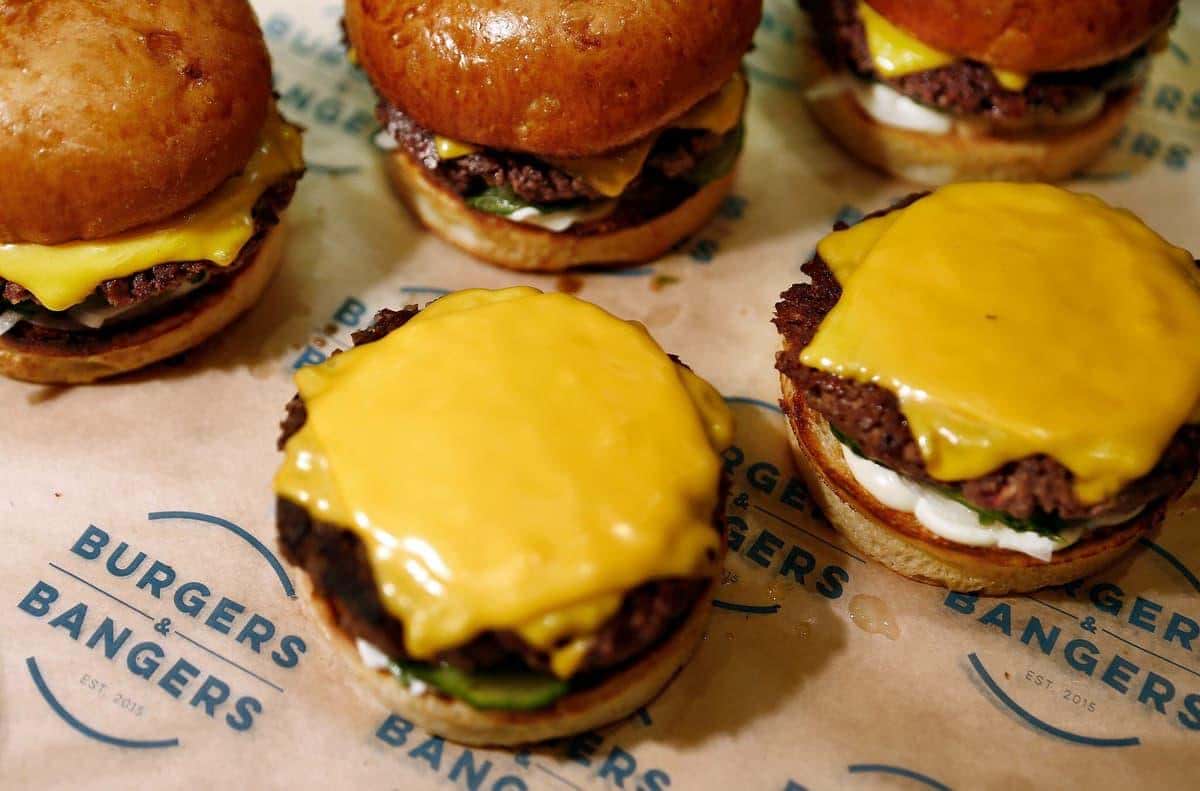 Norrköping also has one of our favorite burgers ever! If you ever make it to Burgers and Bangers, try "The Coolio," It has Swedish Västerbotten cheese on it and is insanely good. The owner told us that it used to be on their regular menu but they took it off. Then, people kept asking for it, so it's now on their "secret" menu. 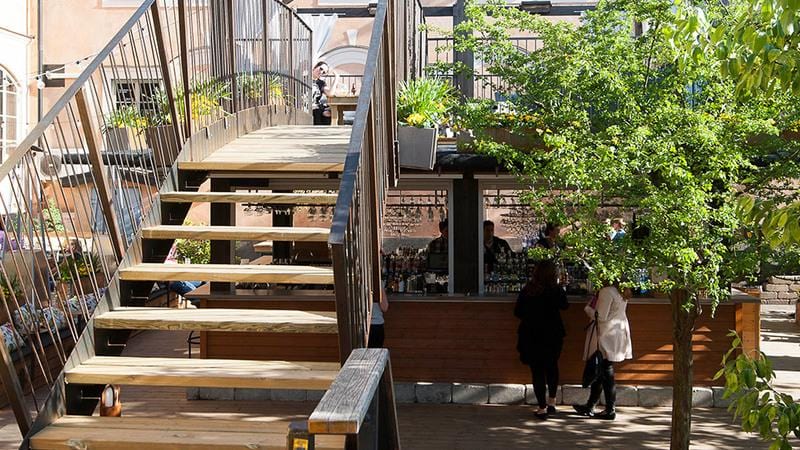 This cute little outdoor garden inspired summer bar in Norrköping (above) is called
Trädgår'n. It's the perfect location for drinking a crisp summer rosé while
sitting outside in the sunshine. I highly recommend a visit!

After this glorious summer, I’ve realized that sometimes you should just take things as they come. Say “Ç'est la vie!” and move on with your day (or month) and make the best of it. Occasionally the universe does have your back and things can turn out for the better. Thanks, universe! 💫✨ 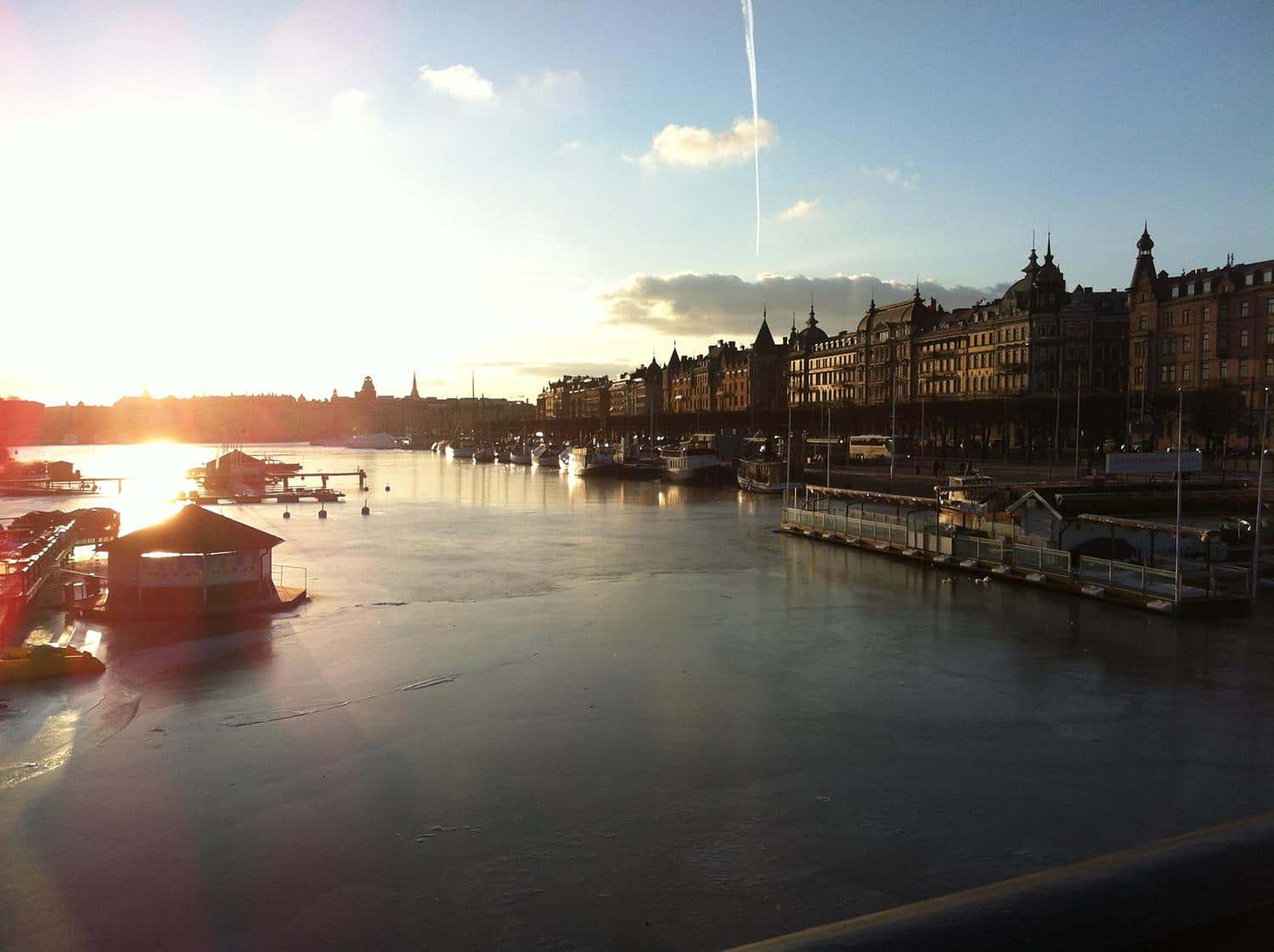 This is the first official post on my blog! WhoooHoo!!! I am so excited to go on this awesome blogalicious adventure and share with you my everything! But, before we get into all that, let me first introduce myself.

My full name is Heather Ann Murphy. I am an art director and designer, originally from the United States. Growing up, I have been blessed to have lived in about 12 different places, from all over the US; a few of them including Kansas City KA, Dallas TX, Atlanta GA, Orange County CA, Iowa City IA, Chicago IL, Long Island NY, and Manhattan NY. Whew! I know, it’s a lot. 🙃 Both of my parents and my sister still live in the US and I miss them a TON. ALL THE TIME! They have their own busy lives in Minneapolis and Chicago, respectively. My grandparents come from mostly Irish and Finnish descent (so, I do happen have a little Nordic blood in my veins!)

About ten years ago I met a wonderful Swedish architect named Henrik. We fell in love and I eventually followed him back here, to his hometown of Stockholm, Sweden. So, you can now also add it to the growing list of places I have called “home.” When I first decided to move here, a lot of Swedes would ask me stuff like “If you were living in New York City, why in the heck would you move to Stockholm!?” (Like it was a shocking decision to come here.) Aside from the obvious Swedish fetish with NYC, that I would come to learn, I have always been a bit surprised by that reaction. I just saw a cute, quiet, kind of old-world town that was such a lovely departure from the “rat race” I had just come from. Things moved a little more slowly, but that wasn’t a bad thing. I felt like I was initially just going on a great relaxing extended vacation adventure. Who knew I would eventually enjoy it here enough to stay for the long haul!? I even more recently became a fully fledged Swedish citizen. I still can hardly believe it. 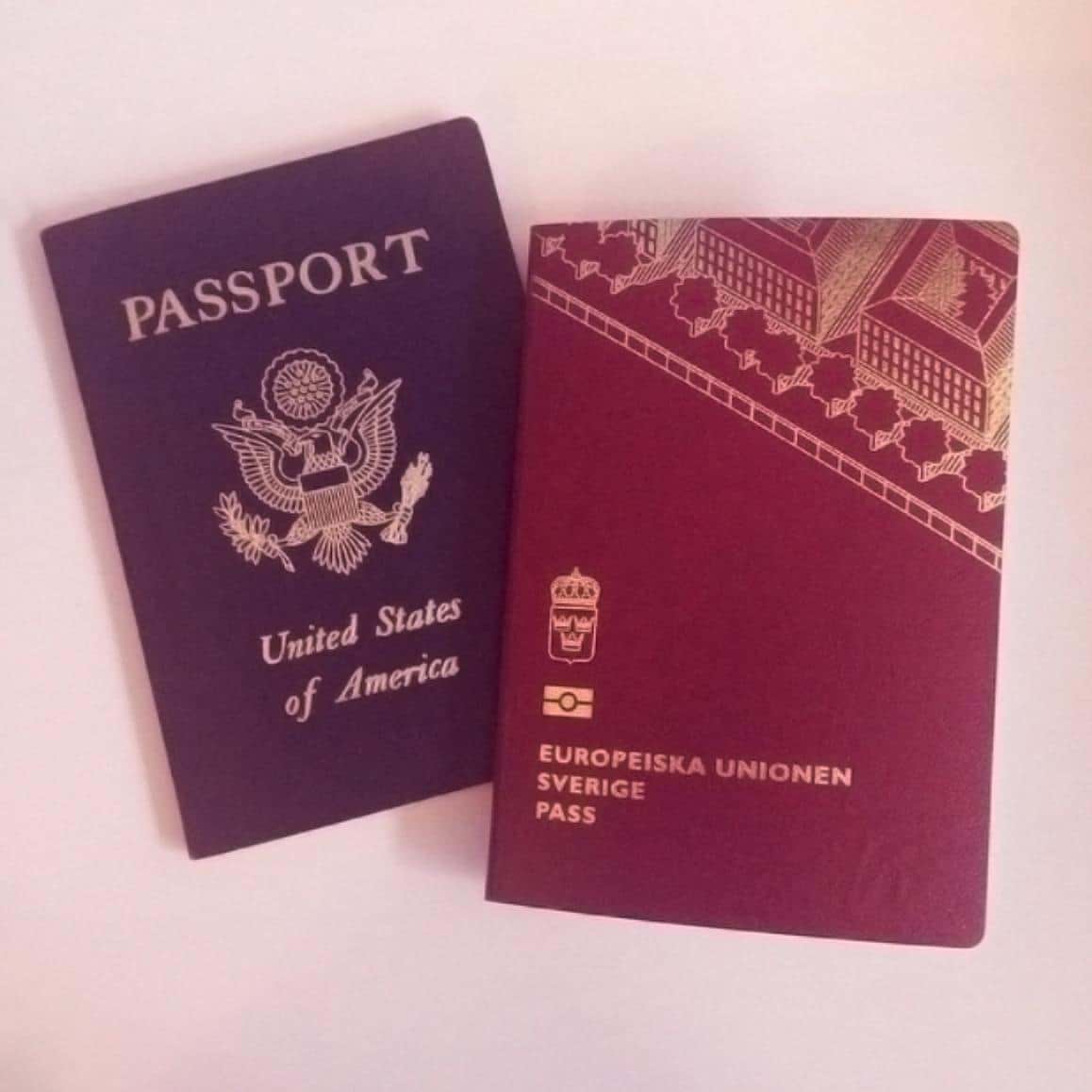 My Swedish citizenship was approved on Valentine's day! How cute is that?

I have really seen this little sleepy city transform into a booming metropolis over the seven-plus years I have been here. Soooo much has changed! There is this old joke about Chicago, that there are only two seasons; “Winter and construction.” That has now totally become Stockholm!!! Way to make me feel at home.🤣 This city can’t seem to build new places fast enough. The restaurant and tourism industry has just totally exploded. What I once thought of as a quiet old-world city has also transformed into one of the more forward-thinking tech capitals of the world. Not to mention, how much of Scandinavia is so #trendy right now! I mean, people had no clue where I was moving to all those years ago. If I had a dollar for every time someone said I moved to Switzerland…#%@?! And, yes, that cliché still lives on a bit, but not as much now that Sweden has become such a fashionable economy. 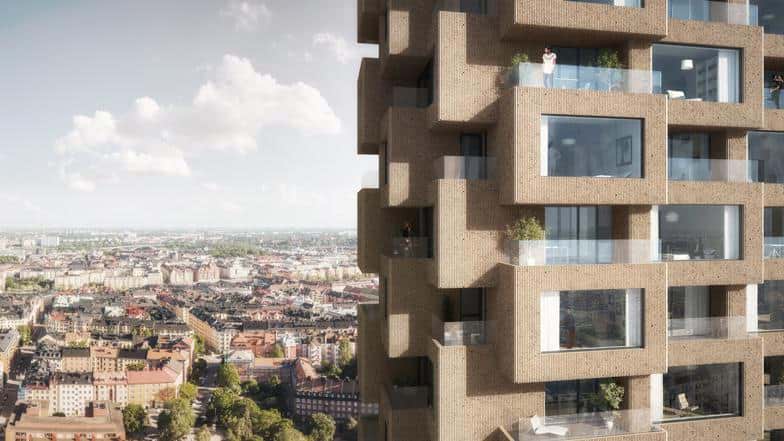 There are a million architecture projects in motion in this city every day. Because Henrik is an architect, I get to hear all about it. Check out this new Skyscraper being built on Stockholm's northside! It's so gorgeous! 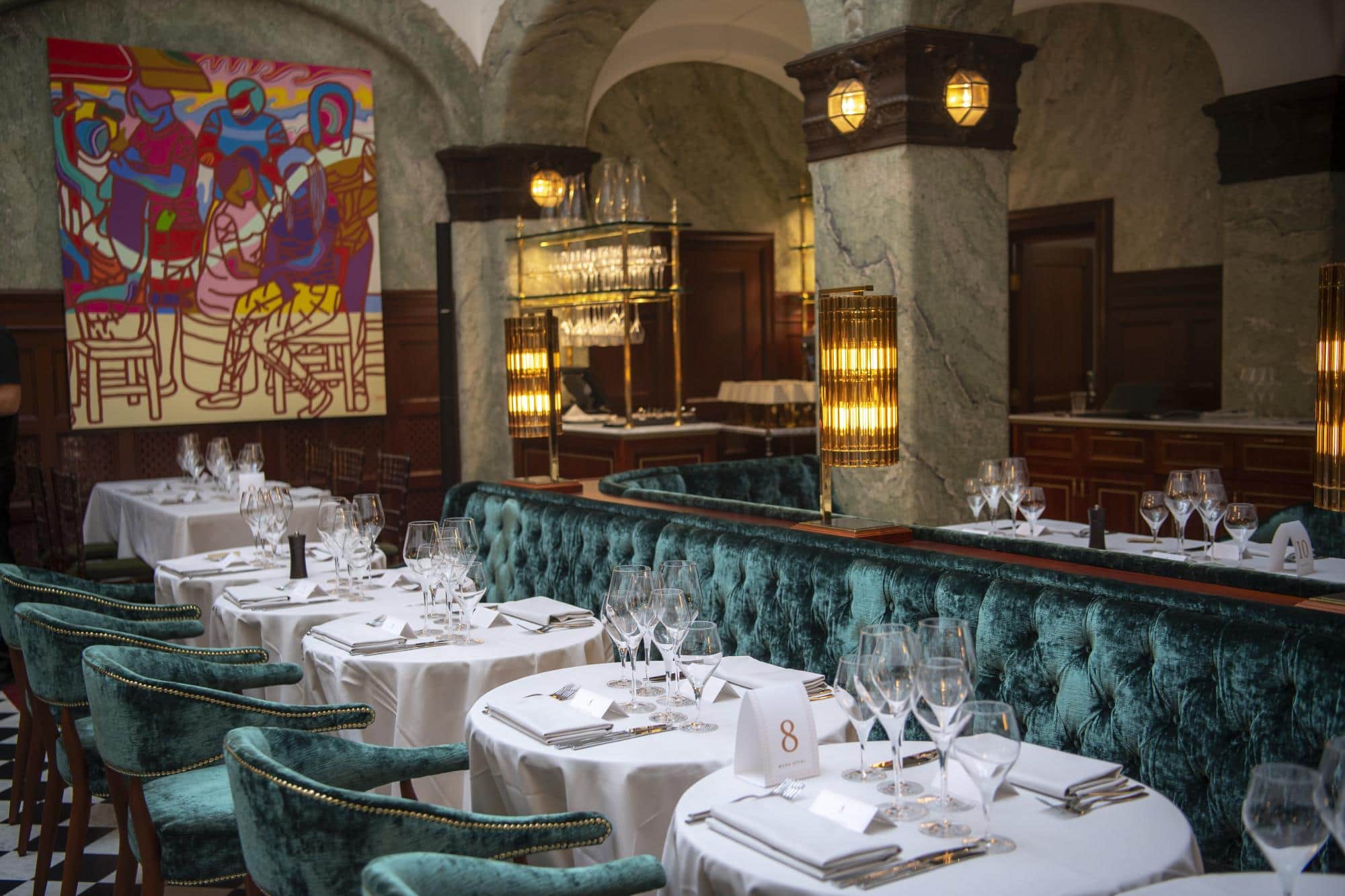 There are also new restaurants popping up in this city nonstop.
Check out the new Bonnie's restaurant inside the Bank Hotel. It's so pretty!

I look forward to sharing with you more about me and all of my experiences here in Stockholm. I hope you tune in and share all of your comments and feedback regularly.