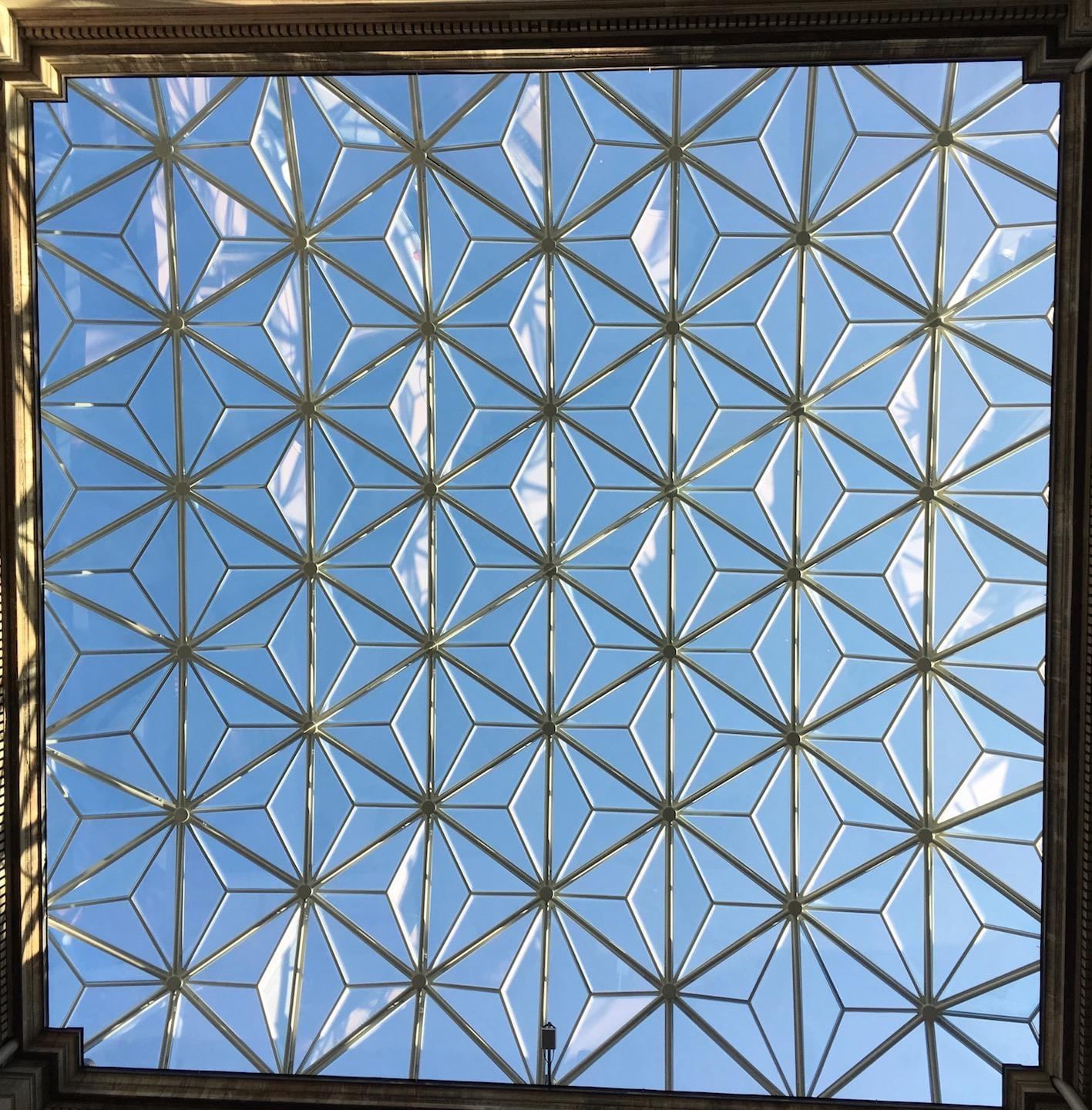 It's been a long time since I last visited the Nationalmuseum in Stockholm. The fact that it's been closed for refurbishment for the past five years is one good reason, but my memory of it as a somewhat gloomy old building stuffed with Old Masters wasn't pushing it to the top of my To Do list.

I was tempted back, however, when it re-opened last month as I was curious to see the results of the £100 million refurb but also to visit the huge, specially-commissioned glass chandelier I had seen being made at The Glass Factory in Boda last year in situ. 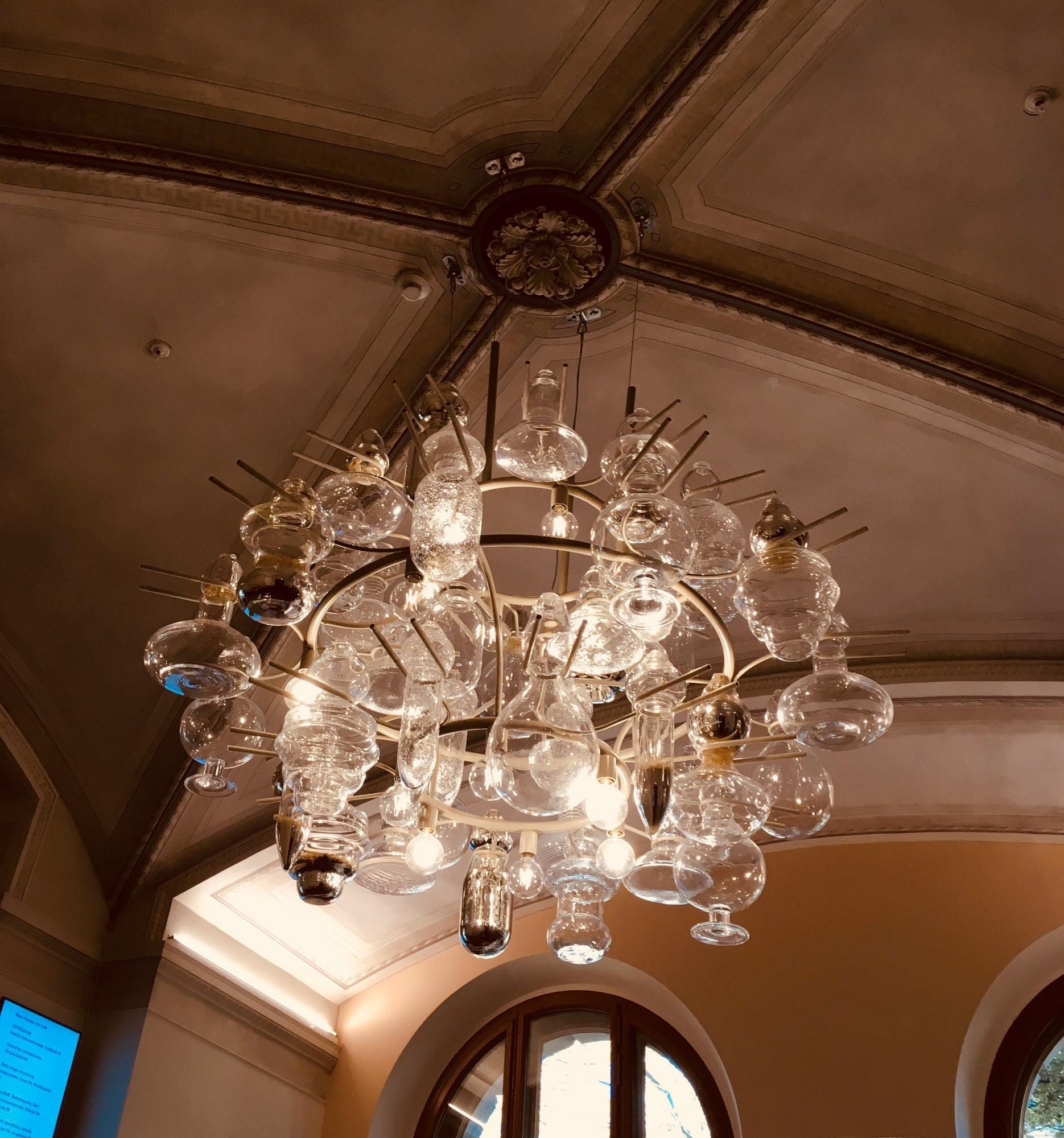 Modern Swedish glass design and craftsmanship at its best: the eye-catching chandelier in its new home in the museum restaurant

The Old Masters are all there, of course, re-displayed against walls painted in surprisingly un-Scandi rich jewel colours. Artworks are also now collected by period rather than genre - so paintings and other decorative arts from, for example, the 17th century are now exhibited together which provides a nice simple cohesive timeline for lowbrow visitors like me.

Oddly, Sweden doesn't actually have a dedicated museum of design (there is a virtual one, though: Swedish Design Museum). But the National Museum has its own impressive collection and the furniture, glassware and other objects specially commissioned for the re-opening serve as a living, interactive lesson in contemporary Swedish design - the cutlery used in the restaurant was designed by Note, hand-blown glass vases by Carina Seth Andersson and chairs by Matti Klenell and Peter Andersson. 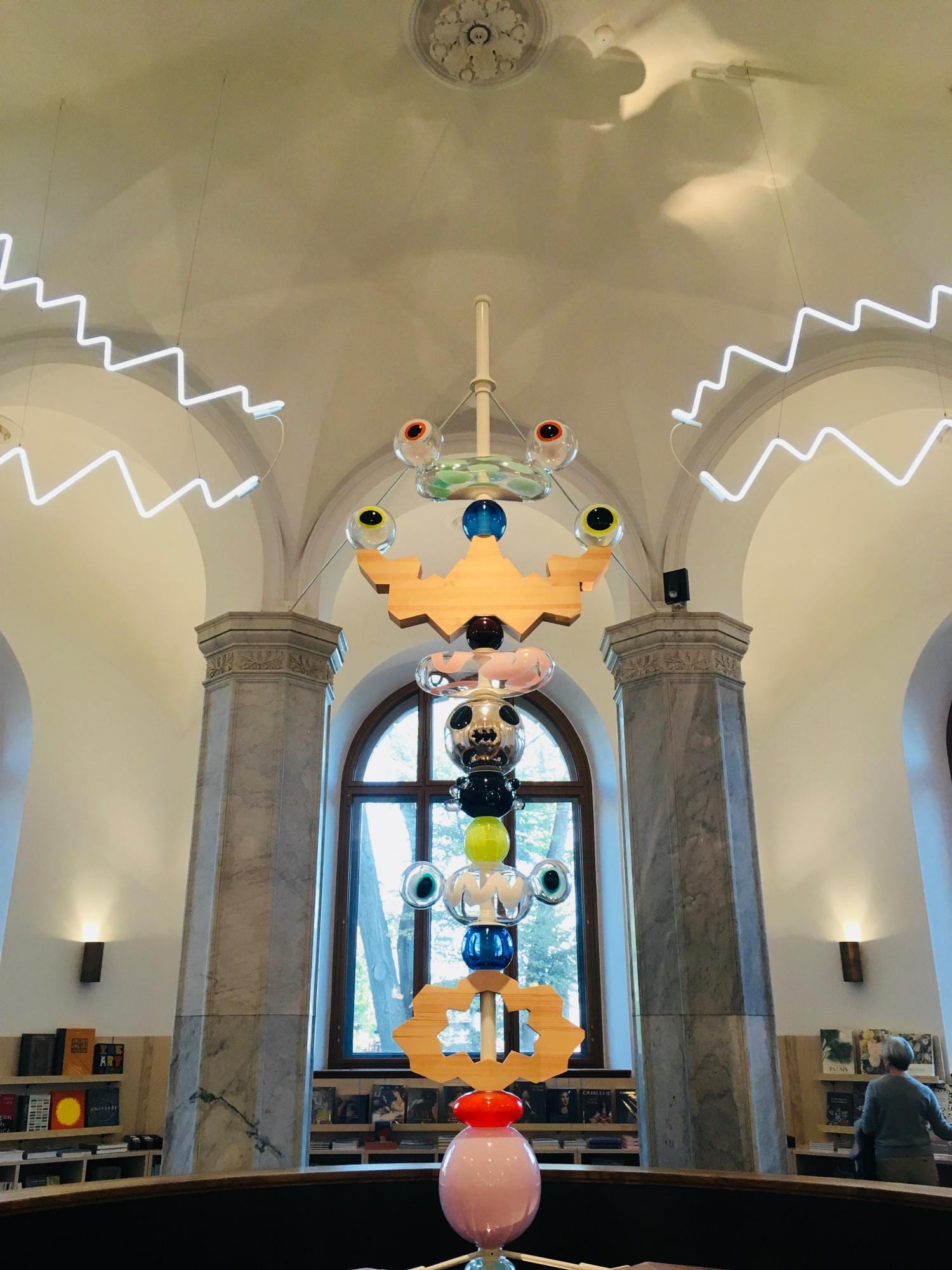 The totem-like "Venus in glass" by artist Frida Fjellman, specially commissioned by the Bengt Julin fund for the museum re-opening

Whatever bizarre thought process led to the rooms at the front of the building being used for offices and storage in the "old" museum has thankfully been reversed and the glorious, light-filled space with views over the water and the Royal Palace is now occupied by the restaurant. More than 300 windows have been opened up and the rooves over the two atria have also been replaced by glass-panelled ceilings, filling the sculpture park in the southern atrium with light and triangular-shaped shadows.

The new museum has blown away all its cobwebs and brought a new lease of life to two of the museum's (and Stockholm's) most important resources - its design credentials and stunning natural light.